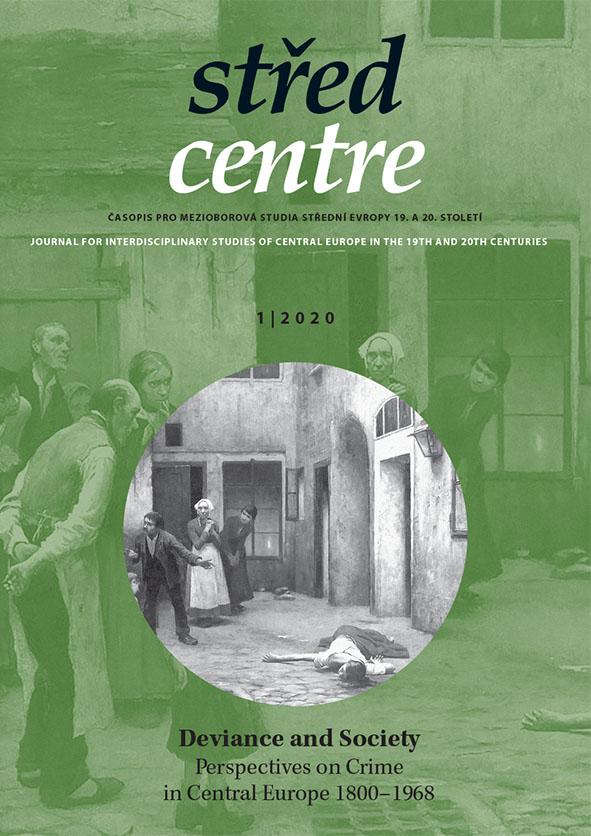 Summary/Abstract: The issue of crime and the underworld at the time of the establishment and stabilization of the socialist dictatorship in Czechoslovakia remains a seldom addressed topic. After the Second World War, Czechoslovak elites wanted to establish a perfectly virtuous and harmonious society that would avoid the mistakes and vices of previous political-economic systems. The ethos of the struggle for a better world characterized the postwar media discourse as well as the specific administrative, legislative, and legal actions of the postwar governments. Following their takeover of power, the Communists continued the “pursuit of a virtuous society,” which culminated in radical effects. But in practice, political elites were confronted with the indisputable fact that crime had not disappeared and showed no signs of its early extinction.The aim of the presented text is to outline the basic features of postwar crime, both in terms of its representations in the public space and in terms of specific acts and the involved actors. The aim to start directly after the war is the chronological and the conceptual starting point of this text. The second limit is the adoption of the new Criminal Code in 1961, an updated version of the 1950 code, which, with various amendments, was in effect until 2005 inSlovakia and until 2009 in the Czech Republic. Meanwhile, the Constitution of July 1960 declared Czechoslovakia to be a socialist state. The analysis uses audio-visual sources and the press, which are subject to a contextual examination, and the reports and statistics from the funds of the Ministry of the Interior and the Central Committee of the Communist Party, as well as the daily records, protocols, and files stored in the Archive of the Security forces and thePublic Security Corps Fond.