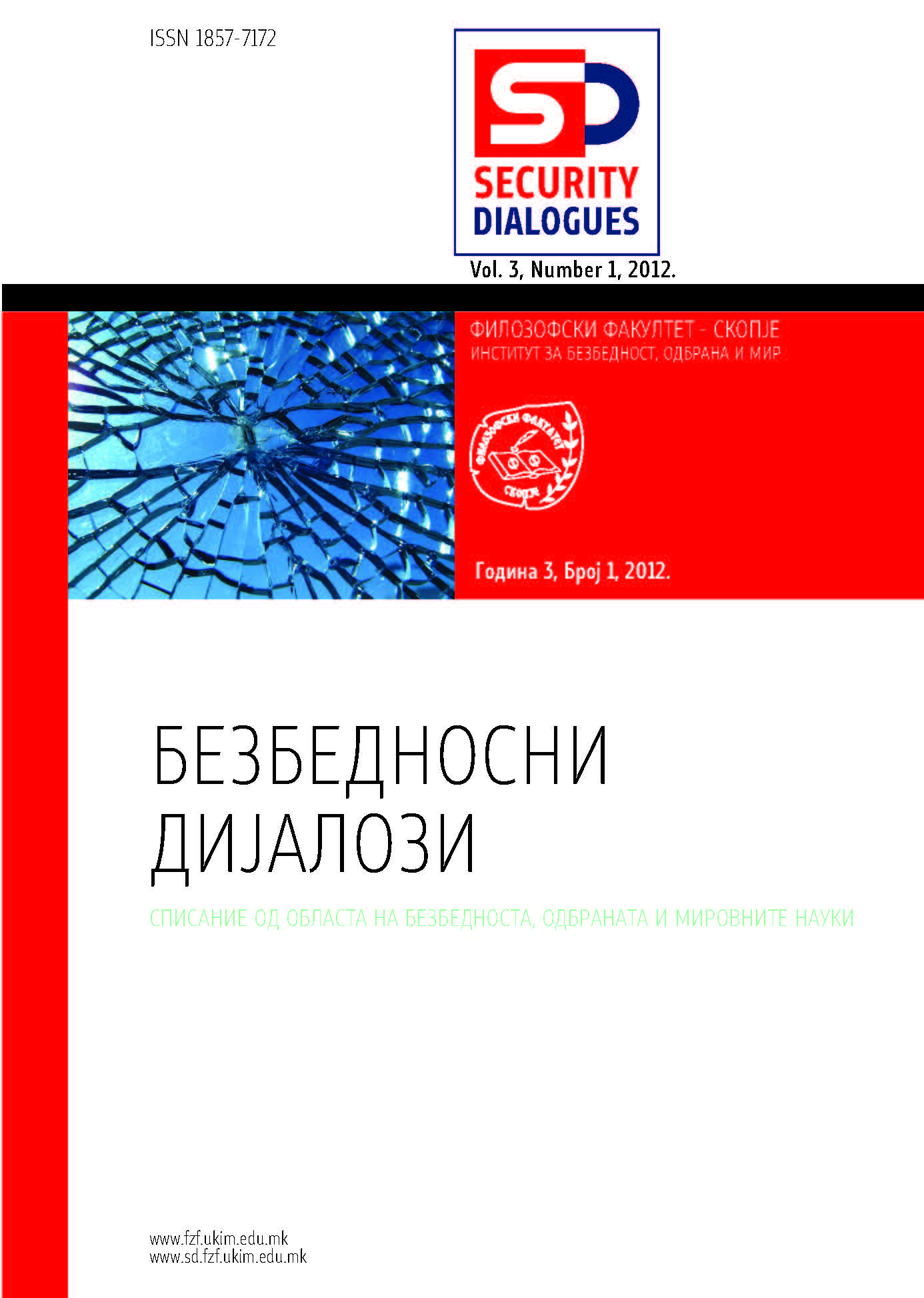 Summary/Abstract: This study is designed as experimental research with a goal to examine whether intercultural factors such as gender, age, ethnicity, nationality, religion and language, have influence on the asylum decision- making, at the same time allowing us to fabricate the profile of the so- called “new asylum seekers”. As a sampling group (respondents) we will use all asylum seekers that applied for asylum in the Republic of Macedonia from 01 of January till 31 of December 2011, therefore the research does not claim to be representative for the comparative previous period before 2011.