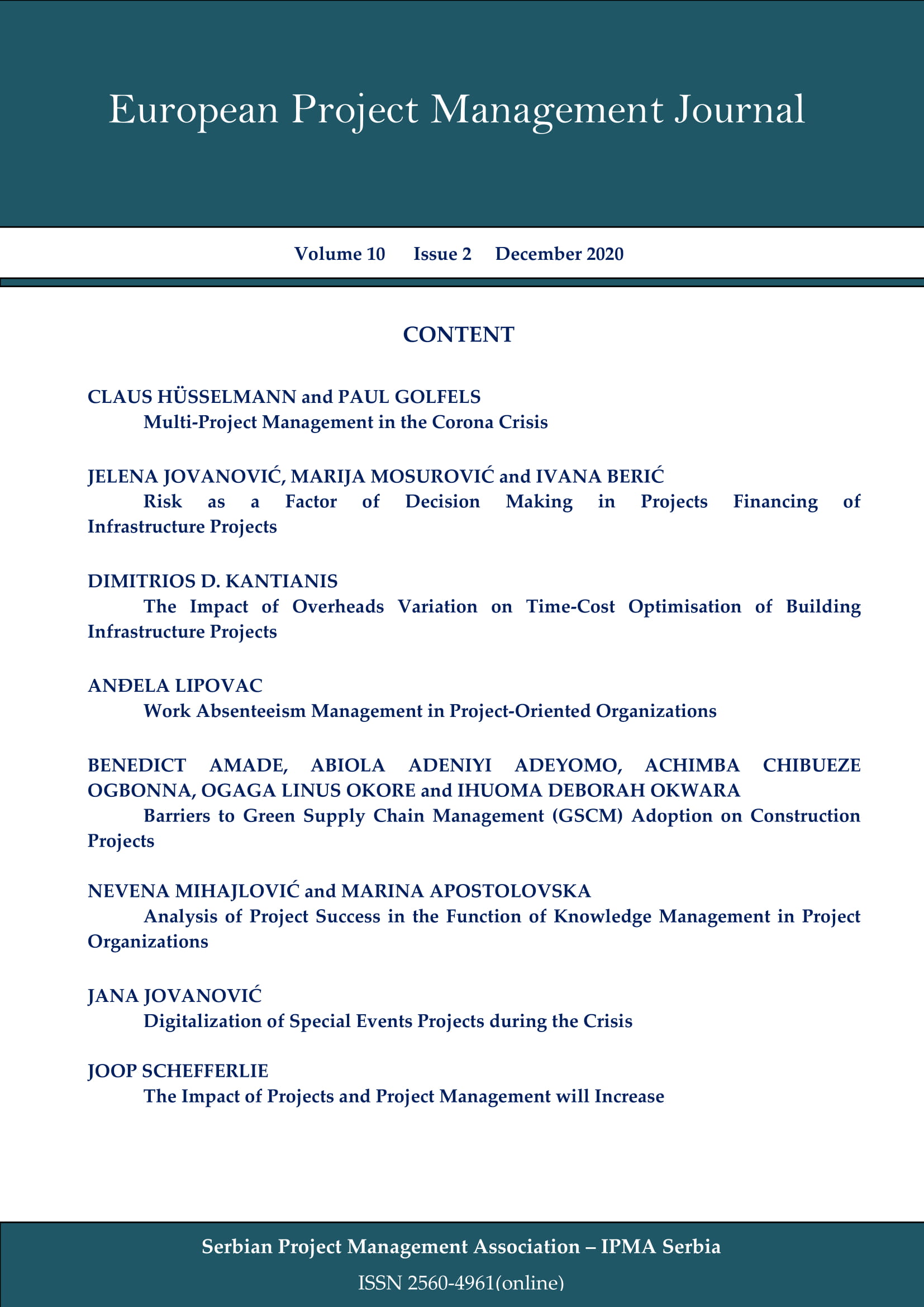 Summary/Abstract: Digitalization is one of the leading topics of today, as well as one of the changes that leaves consequences and brings large-scale influences. However, it is still often debated what exactly it means and what its negative sides are. Crisis and crisis management are concepts that are constantly being researched, and projects of special events that should happen during a crisis, whatever it may be, are usually postponed or cancelled completely. Digitalization of such projects brings a large number of new opportunities and indicates a completely new approach to project implementation. On the other hand, there are certain issues related to the digitalization of special events projects, so every aspect of the new approach needs to be planned in detail and carefully implemented.