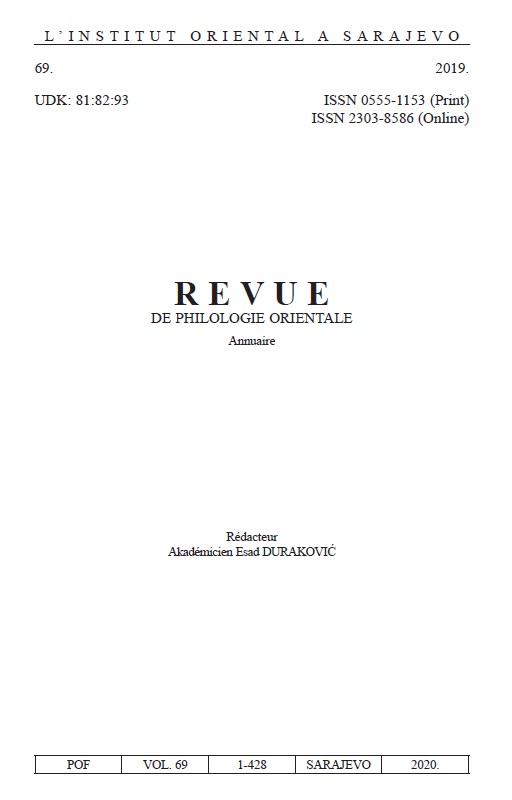 Summary/Abstract: Stereotypes and axiological attributions used by Bosnian Franciscans to describe “Bosnian Turks” (Bosniaks) and Orthodox Christian priests during the second half of the nineteenth century are discussed. The sources for analysis were private letters exchanged by Franciscans during the period from 1850 to 1870 via private channels, in order to prevent the correspondence from falling into the hands of the Austrian and local Ottoman authorities. As the correspondence took place in secrecy and without fear of censorship, it may justifiably be assumed to reflect the Franciscans’ authentic opinions and attitudes toward the Ottoman authorities and members of other confessions with whom they shared, among other things, living space and language. Analysis has shown that the axiological attributions in the Franciscan letters resembled the repertoire of perceptions and value judgments encountered in other source of Catholic provenance from Bosnia and Herzegovina, as well as early modern Croatian literature. Interestingly, however, not a single negative attribute is ascribed to the sultan. On the contrary, he is described as the embodiment of the principle of justice and an exalted ruler, “whose crystal clear water” (a metaphor for justice) is clouded and muddied by representatives of the local authorities.” Since imagological analysis also requires historical contextualization, such an attitude toward the sultan should be viewed within the sociohistorical context. Indeed, the majority of the letters were written when the central authorities, under the sultan’s watchful eye, were strenuously attempting to crush the resistance from the conservative ulema and major landowners to social and agrarian reforms in Bosnia. Since these reforms were of vital importance to Catholics and their survival, the authors of the letters not only praised the sultan and some Ottoman governors in Bosnia but also distinguished Muslims (Bosniaks) who supported the reforms as a way to modernize the Ottoman state. The topic was approached from the imagological aspect through the discursive analysis of constructions regarding the cultural and religious identities in Bosnia at the time.