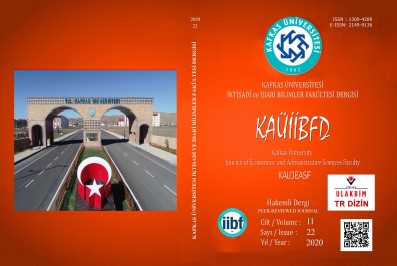 Summary/Abstract: Prior to the industrial revolution, the agriculture sector dominated structure of the country's economies also existed in the Ottoman State. According to this, agriculture sector is the main determinant of the country's economy in the classical period. The çift-hane and tımar systems in the Ottoman agriculture sector, with its local and in-kind qualities, has been a means of ensuring continuity in production, obtaining tax revenues and meeting military expenses. This institutional structure belonging to the classical period of the Ottoman Empire started to change after the innovations that European states gained in economic, social and military fields. The Danube Province is one of the first places where the trend of innovation was witnessed in the Ottoman State. In our research, these developments will be examined with the Tuna Vilayet Newspaper, which is the printed press of the Danube Province. The news to be conveyed specifically for the agricultural sector reflects the transformation moves and includes the characteristics of the period. In this context, the understanding of ownership has changed in agricultural lands, commercialization and mechanization have been experienced in agriculture. Memleket sandıkları were established to regulate the agricultural credit mechanism. The collection method of aşar tax has been rearranged according to the current conditions. In the field of animal husbandry, animal diseases come to the fore.