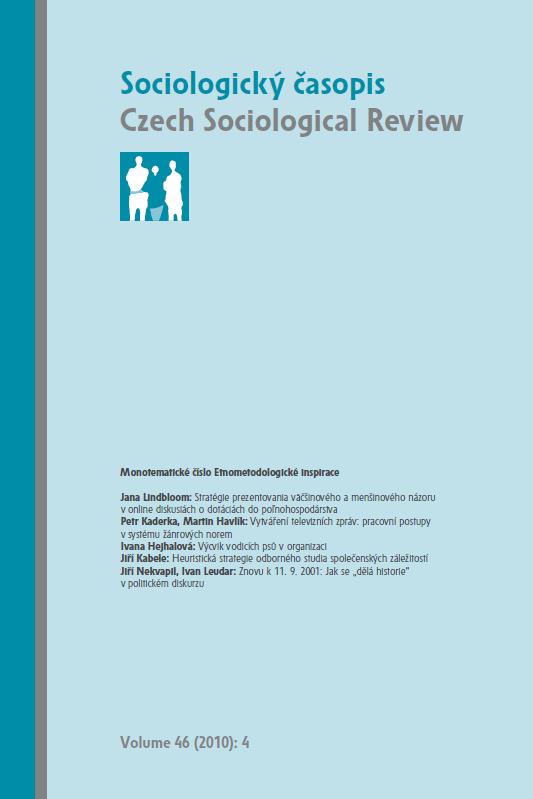 Summary/Abstract: In this article, the authors examine the production of television news by a public service broadcaster, Czech Television. The aim is to understand the way in which reporters and their colleagues ‘make the news’. Ethnomethodologically informed ethnography is used to analyse cooperation among TV professionals and make visible the everyday, routine, and situated practices with which they perform their tasks. The authors study how practitioners perform their work in consideration of their colleagues’ work, that is, with an awareness of a common aim. They argue that the professional system of relevances of newsmakers is structured by socially established and shared knowledge of the genre specifics of television news reports. The authors describe the genre structure of a standard television news report from a praxeological perspective, and they show how reporters, camera operators, sound technicians, editors, and others mutually collaborate to create a shared understanding of the system of genre norms. The article devotes particular attention to a key component of reporting work: the organisation and filming of interviews with respondents. The analysis demonstrates that interviews with respondents function as an auxiliary television news genre and that the system of relevances in this case is derived from the television news report as a superordinate genre.