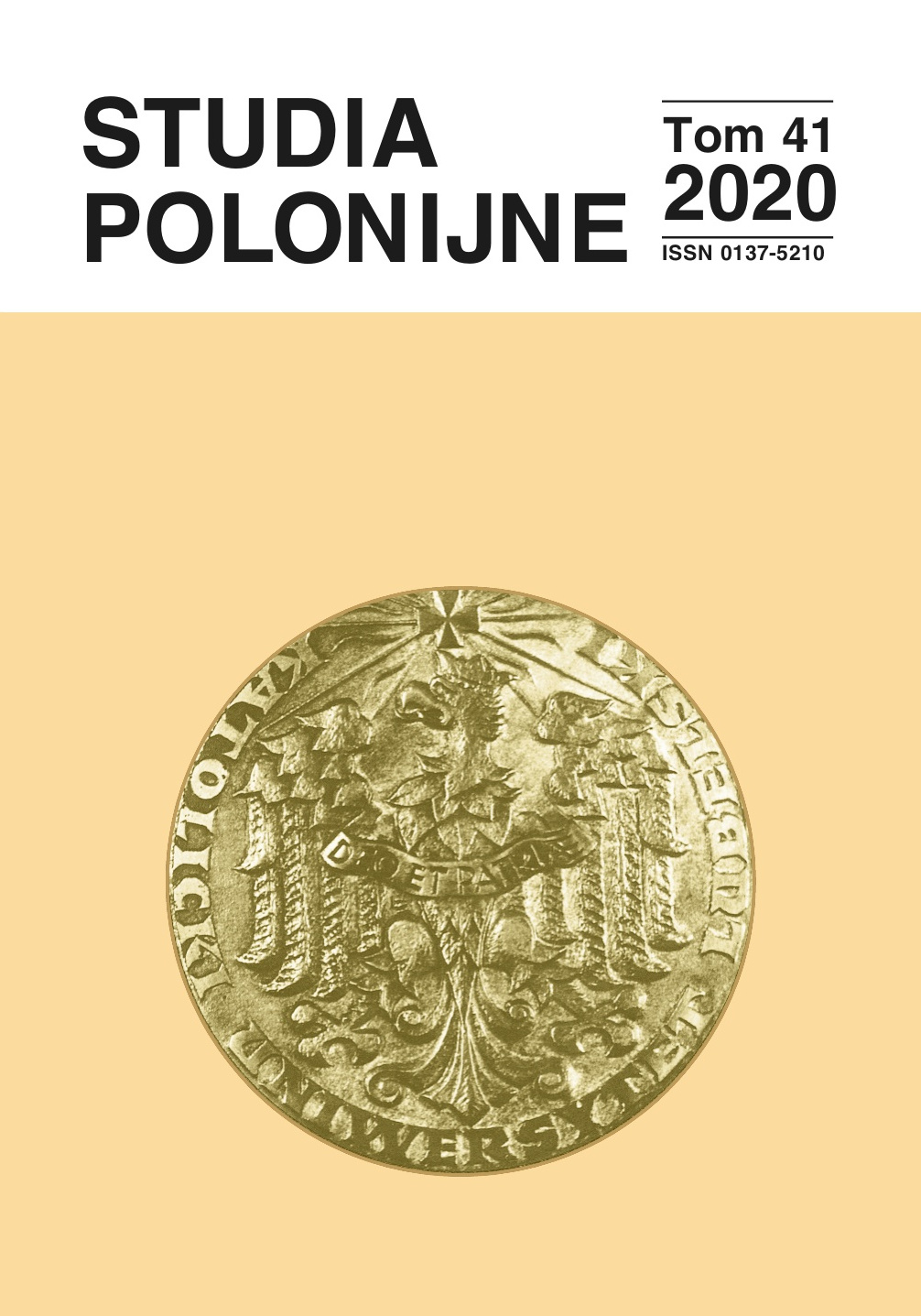 Summary/Abstract: The change of the border of Poland after the Second World War and the process of the relocation of Poles to the newly established Polish People’s Republic created a kind of melting pot in the Western and Northern Territories, in which transports arrived from the Eastern Borderlands, Central Poland and Little Poland, as well as from Western countries. In these lands abandoned by Germans, it was the emerging population and religious issues that had the greatest importance. In the post-war reality, the integration process was rather slow in these areas, but it must be noted that the establishment of the organization of the Polish church administration and the pastoral work of the Polish Catholic clergy were invaluable in this matter.After the war, Primate of Poland August Hlond returned to Poland on 20 July 1945, at a time when the fate of the state borders, of the system and, above all, of the Church, so severely afflicted by the war and occupation, was to be decided. The post-war reforms, which were introduced by communists and justified by democratic phraseology, were aimed at building socialist democracy. The church at that time suffered due to implementing land reform. Another clear warning was the annulment of the concordat by communists on 12 September 1945. As a result of Poland’s isolation from the West, Cardinal Hlond considered it necessary to make decisions about establishing Polish organization and the church hierarchy in the Regained Territories without cooperation with the Holy See. He thought that the German church administration could not be maintained in the former German lands. Moreover, he believed that these organizational and legal actions would prevent the communist government from creating areas without the influence of the Church, or from establishing Polish church organization completely dependent on communists, which was attempted in 1950.The establishment of the Polish hierarchy in place of the German was seen as lawless in Germany and partly in the Vatican as early as 1945. On 24 October 1945 Cardinal Hlond sent the document (40 pages) to Rome justifying his actions. He stated that seeing the objections expressed by Rome, he realized that he had misinterpreted the powers and instructions of Tardini obtained from the Pope. As a counter-argument, he described the situation in the Recovered Territories and explained that he had had to act quickly in church matters in order to prevent communists from making decisions in this matter, which would have happened if the German church administration had remained. Hlond’s report to Rome was factually credible, and his territorial divisions of the Church and the establishment of the apostolic administrations did not invoke the Pope’s intervention. Soon it transpired that Hlond’s actions were convenient for the Vatican, and thus he saved Catholicism in one of the countries of the Soviet Bloc. That is why Hlond was never disapproved by the Holy See for what he had done. August Hlond’s beatification process began in 1992. It ended in 1996 at the diocesan level. The Federation of Expellees and the German episcopate were against Hlond’s beatification. In 2017, the Theological Commission of the Congregation for the Causes of Saints gave a positive opinion about the Positio of 2008. In 2018, the same was done by the cardinals and bishops of the Congregation for the Causes of Saints. On 19 May 2018, Pope Francis signed a decree on the heroic virtues of Cardinal Hlond. Since then he has had the title of the Venerable Servant of God.

Działalność kinematograficzna i rekolekcyjna księdza Bronisława Szymańskiego Szymański’s pastoral activity in the field of retreats and cinematography 2015 Geneza parafii rzymsko-katolickiej pod wezwaniem Matki Bożej Królowej Korony Polskiej w Baranowiczach The genesis of the construction of the Roman Catholic Church dedicated to Our Lady Queen of the Polish Crown in Baranowicze 2015 Początki parafii Najświętszego Serca Pana Jezusa w Brześciu na Grajewskim Przedmieściu The origins of the Parish of the Sacred Heart of Jesus in Brest in the Suburb of Grajewo 2015 Drugie Forum Dyrektorów Archiwów Diecezjalnych w Polsce. 2nd National Forum of the Directiors of the Diocesan Archives in Poland 2015 Inwentarz kościoła i plebanii w Kosowie w 1751 roku The inventory of the church and presbytery in Kosów of 1751 2016
2021 © CEEOL. ALL Rights Reserved. Privacy Policy | Terms & Conditions of use
ICB - InterConsult Bulgaria ver.1.7.1015