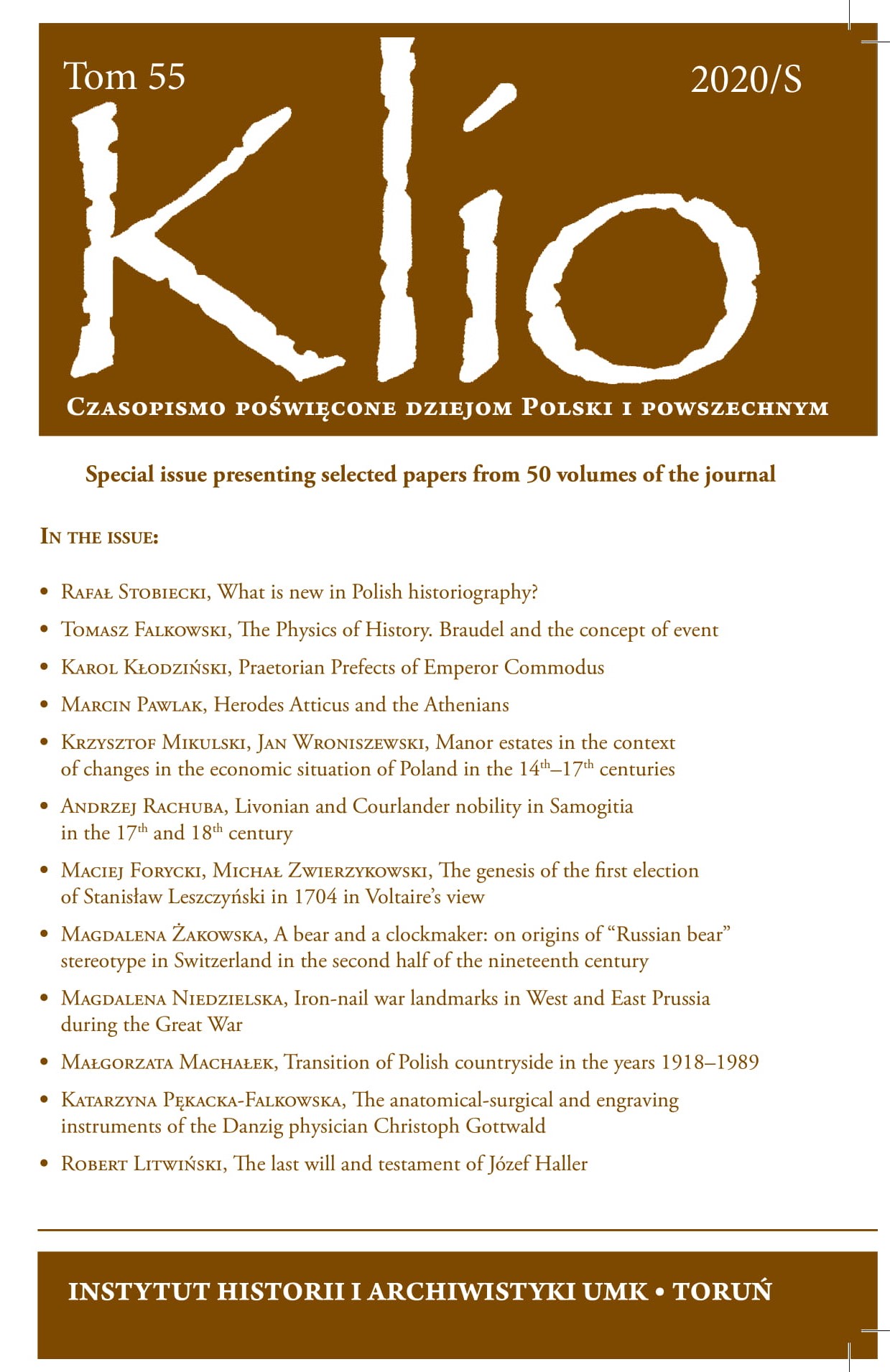 Summary/Abstract: The article analyses the specific attitudes of the ‘Russian Bear’ metaphor in the German-language Swiss press in the second half of the 19th century: in the all- European context as well as in the context of its role in building the Swiss national identity. The author has proven that there exists a connection between the Swiss image of Russia and the ‘colonial discourse’ (described by Edward Said) in that period. The article indicates the great role of the ‘bear’ metaphor within the key binary oppositions, distinctive for that discourse: West – East, culture – nature, civilization – barbarity, democracy – despotism. It analyses as well the typical Swiss way of perceiving Russia – through the prism of the ethical discourse, which had enabled the 19th century Helvetians to play the role of ‘Europe’s conscience.’ The author indicates that – while using the ‘Russian Bear’ metaphor – the 19th century Swiss press used to categorize Russia as an antithesis of the countries that personified the main attributes of the culture of the West. While making oppositions between the Russianness and the Germanness the Swiss press was building such oppositions as: order – chaos, creation – destruction, reason – irrationality, self-control – irritability. The ‘Russian Bear’ as a partner of the French Marianne used to personify an antithesis of the French refinement. The ‘Russian Bear’ metaphor compared with the symbol of Helvetia used to serve to build oppositions between the liberal, wealthy, democratic Switzerland and Russia, which was perceived as a severe ‘Eastern despothy’. The paper was originally published as Niedźwiedź i zegarmistrz. U źródeł stereotypu „rosyjskiego niedźwiedzia” w Szwajcarii w drugiej połowie XIX w., “Klio” 2012, vol. 20 (1),pp. 171–200, DOI: 10.12775/KLIO.2012.006.