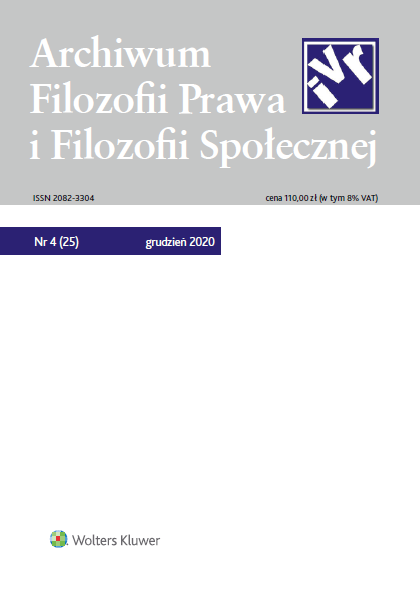 Summary/Abstract: The project of a critical philosophy of adjudication – the application of the presuppositions of critical jurisprudence to the area of judicial application of law – is, to a large extent, a polemic with Artur Kozak’s project of juriscentrism. Whereas the critical philosophy of adjudication accepts, by and large, juriscentrism’s claims concerning especially the social construction of legal reality, it does not accept the views concerning the determination of judicial decisions by institutional imperatives. Adopting Duncan Kennedy’s conception of the moderate indeterminacy thesis, critical philosophy of adjudication claims that the imperatives following from so-called traditional legal methods cannot be seen as limiting the judge when she needs to decide an intepretive dilemma. What the judge may perceive as resistance, are in fact ideological, political and economic imperatives, only cloaked in legal form. This leads to the conclusion that, in essence, a judicial decision has a political character, because it is never fully determined in an unequivocal manner by legal materials (provisions, precedents, intepretive habits), but it always remains, to a certain extent, open. In consequence, the judge, acting under the reality of the political (i.e. structural social conflicts) should not only follow the imperatives of the lex (legislation) and the ius (legal tradition), but also should abide by moral imperatives. The latter include, on the one hand, the requirement of transparency of legal reasoning (e.g. not concealing the extra-legal factors behind a decision), and, on the other hand, a conscious choice of the ideological premises of the decision. Critical philosophy of adjudication, as an emancipatory project, prefers in this respect a pro-emancipatory stance of the judge, i.e. that she strives to make decisions maximising the actual scope of freedom of the individual and liberating her from any form of domination.