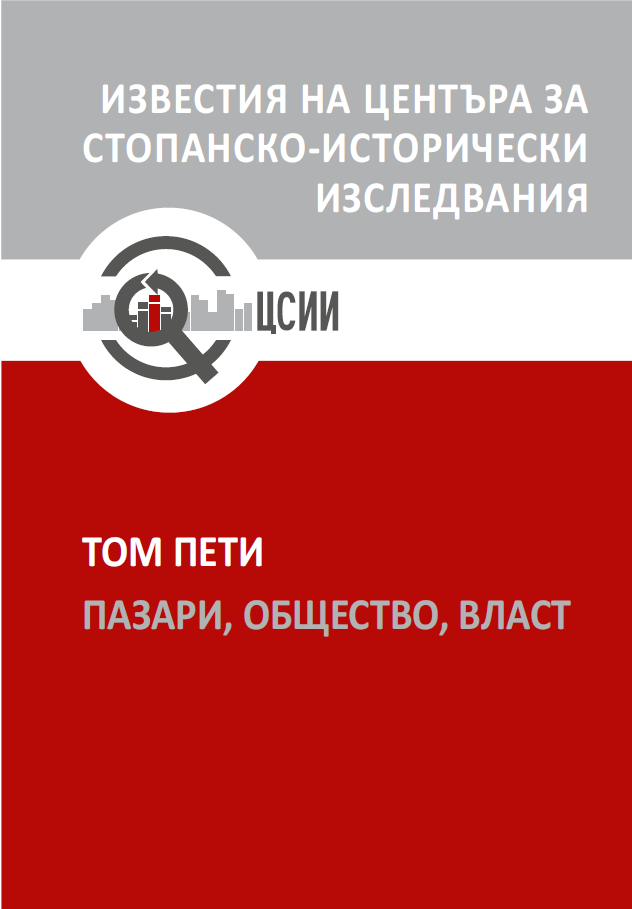 Summary/Abstract: For the most part of the 19th century Karlovo region experienced a sharp rise in its socio-economic and demographic spheres, to end the century, after the Liberation in 1878, with a significant decline in its economic potential, and hence the demographic situation of the region. In the first half of the 19th century, the sub-Balkan settlements, led by the regional capital Karlovo, formed a popular center of proto-industrial development of the textile industry in the European part of the Ottoman Empire through a number of crafts, but mostly through braiding. For example, in the third quarter of the 19th century, there were about 2,000 braid machines in Karlovo, producing more than 339,730 kg of braid per year. Together with the neighboring villages of Sopot and Kalofer, where approx. 1700 additional braiding machines were located, the region occupied the leading position in the production of braid products in the Ottoman Empire during the 1860s and 1870s. The end of the Russo-Turkish Liberation War found the region of Karlovo in a difficult socio-economic situation. The war and the atrocities of the bashibozouks resulted in destruction and mass emigration in the main craft centers of Karlovo, Kalofer, and Sopot. The new socio-economic and geopolitical reality offered a brand new way of production and marketing of products in completely new markets, where the ordinary Bulgarian craftsman and trader had to compete with the experienced competitors and industrialists from Central and Western Europe. The newly introduced tariffs significantly increased the product’s export price, and thus the urban population in Rumelia gradually began preferring cheaper imported goods and raw materials. As a result, the main livelihood of sub-Balkan urban town centers remained the declining crafts, most notably braid production, but the local and the central government failed to help and slow the economic collapse. The other significant subsistence industry in those towns was the rose gardens and rose production, which was also widespread in the region. Apart from the few towns, the rest of over 40 villages in the region subsisted mainly on agriculture, horticulture, and cattle breeding in the years after the Liberation. In conclusion, it could be said that the transition from proto-industrial to factory production proved unsuccessful in the first decades after the Liberation, despite a few successful initiatives and productions. One of the factors for this, especially in the region of Karlovo is, among other things, also the demographic factor.