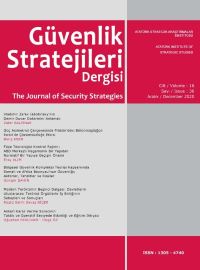 Summary/Abstract: The Missile Technology Control Regime (MTCR) is one of the leading initiatives in the realm of tackling threats related to missiles and weapons of mass destruction. The US acts as a driving force within this organization. Through its sanction power, the US managed to compel countries such as Russia, India and Brazil into adhering to the principles of the MTCR. On the other hand, in certain occasions, the US violated the principles of the MTCR itself, which demonstrates that hegemonic powers may choose to privilege their own interests over regime rules despite the risk of suffering consequential reputational costs. It is in this respect essential for a more effective handling of the threat of weapons of mass destruction and missile proliferation that the MTCR shed the image of a US-centered “elite club”. Overcoming U.S-centeredness requires forming inspection and sanctions mechanisms within the institutional framework of the MTCR. Along with strengthening institutionalization, it also essential for the MTCR’s effectiveness that this organization enables the normative transformation of states, implying the facilitation of the internalization of norms and principles by states regarding missile threat. As stressed in this work, the MTCR’s legitimacy and effectiveness necessitate a transition from a US-centered utilitarian-hegemonic framework into a normative one