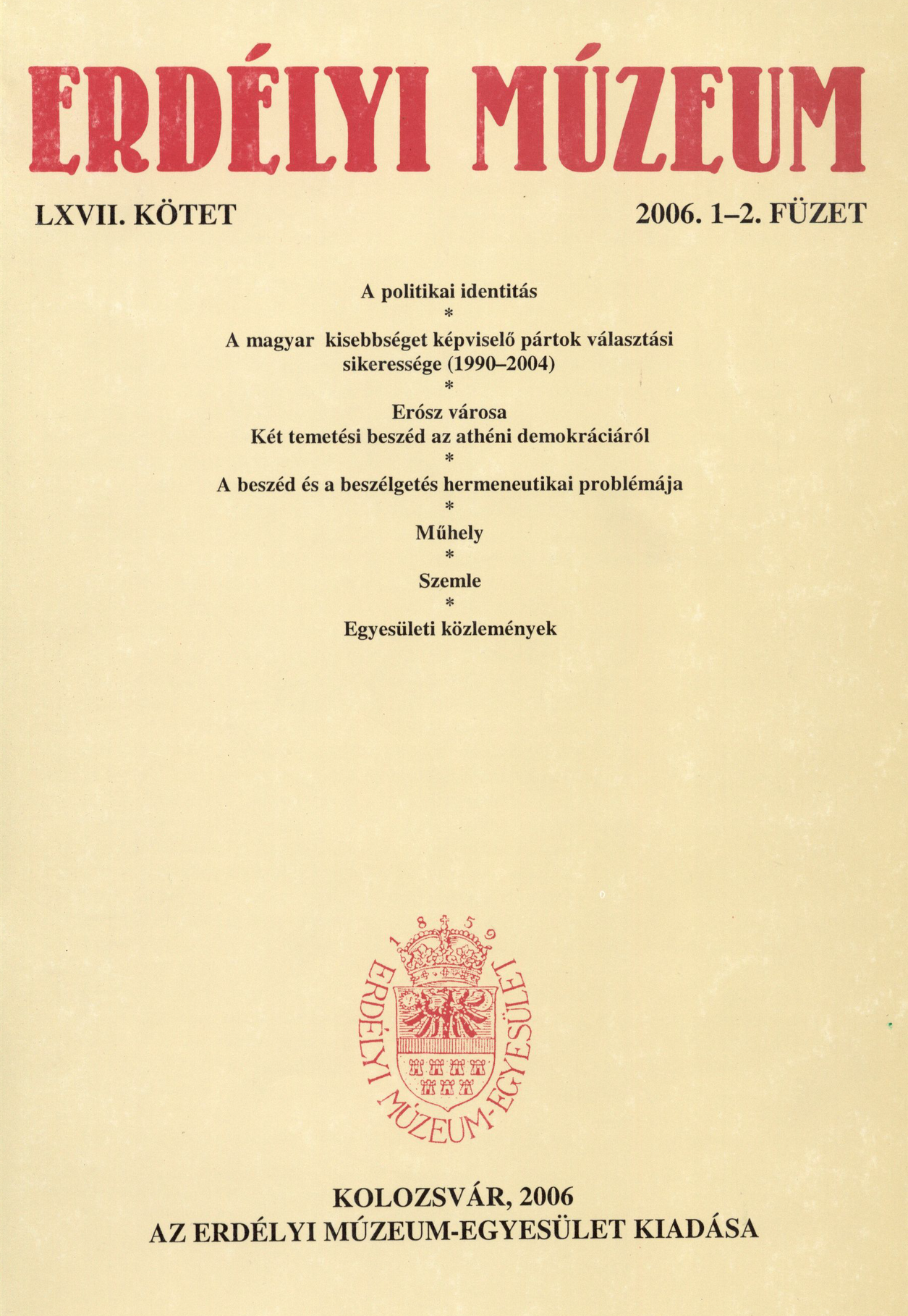 A beszéd és a beszélgetés hermeneutikai problémája.
The Hermeneutical Problem of the Speech and of the Speaking

Summary/Abstract: Because the interpretation is basically a speaking with the text, so because the understanding and the interpretation are also done linguistically, Gadamer is seeing the language’s essence in the act of speaking. Every conversation supposes a common language, or in other terms, it creates a common language. Gadamer sees the word as defined by the being, namely that word which passes the truth in. In the “word”, as language’s basic form, goes on the truth and by that the word is the truth happening’s place. By Augustine’s belief, the original conversation or thinking is something from within, it is the language of the heart. This inner talk does not have material or amative form yet, it has only intellectual aspect, which here only means that it has not taken the amative or historical languages form yet. Platon calls the thinking the soul’s inner talking with itself. The structure of the conversation becomes obvious here. We call it conversation because it goes on like question and answer, because we ask ourselves just like we ask the others and we talk to ourselves as we say something to the others. Augustine already advert to this kind of speech. Everybody is somehow, a conversation with itself. Gadamer is saying that the conversation is on “art” in that hermeneutically meaning of word that the creation as happening is an expression.