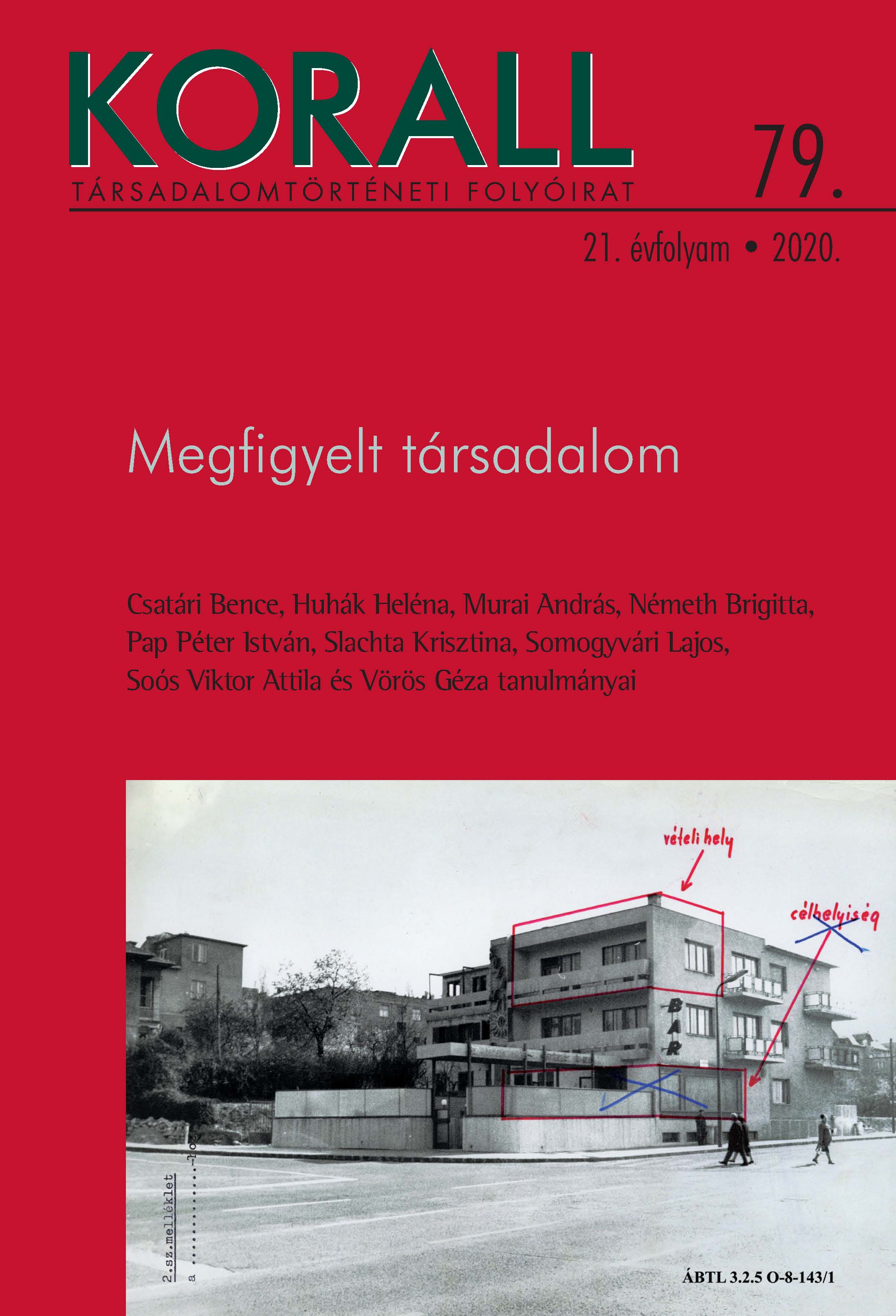 Summary/Abstract: The study explores research on the history of East German and Hungarian state security to find the possible conceptual frameworks of interpreting invisible aggression in communist dictatorships, and to analyze the existing theoretical and methodological paradigms and their possibilities. From the 1960s onwards, state security in the Eastern European countries of the Soviet Bloc not only progressed in the field of surveillance and interrogation techniques but using nuanced evidence and argument they developed an increasingly sophisticated definition and concept of the enemy. At the same time, the distance between the enemies of state security and the state itself grew, and the system of interests of both state and state security diverged. In the 1950s, state violence was practiced either openly or in secret (but known to all members of society), which was gradually replaced by increasingly sophisticated methods of psychological violence. State security control was no longer directed at the “enemies” of the system – real or imagined – but was widened to “cover” all of society and all walks of life: from the workplace, culture, and education to leisure, living spaces, and institutions, as well as the movement and permitted travel – of the whole population.

Unterschiede und Ähnlichkeiten in der Gegenkultur der Jugend in West- und Ost-Europa sowie ihre Wirkung auf die Mode Differences and Similarities in the Youth Counterculture in Western and Eastern Europe and their effects to the Fashion 2008 Megfigyelt szabadság Observed Holidays 2009 A „magyar vircsaft” A Kádár-kori idegenforgalom sajátosságai „The hungarian vircsaft” – Speciality of the tourism in the Kádár-era 2014 Megfigyelt szabadság. A keletnémet és a magyar állambiztonsági szervek együttműködése a Kádár-kori Magyarországon 1956–1990 Observed Freedom. Cooperation between the State Security Services of Hungary and the German Democratic Republic between 1964 and 1990 2016
2022 © CEEOL. ALL Rights Reserved. Privacy Policy | Terms & Conditions of use
ICB - InterConsult Bulgaria core ver.2.0.0809