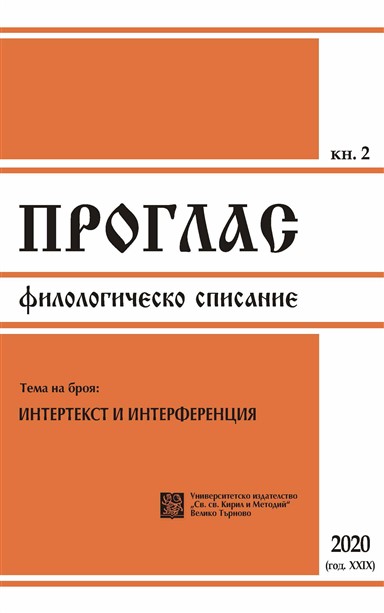 Summary/Abstract: The article presents, analyzes and systematizes the nature and problems related to Alexander Bozhinov’s murals at D. A. Tsenov Academy of Economics, Svishtov. The relations between Alexander Bozhinov and his uncle – the donor Dimitar Tsenovich – are considered in order to clarify the creative process and the aesthetics of these works. The historical context and the artistic views of the artists are elucidated on by drawing a comparison between Nikolai Pavlov and Alexander Bozhinov; the murals are compared to what was achieved in the Bulgarian fine arts by that time – 1941. The idea is that the work of art created in times of war saves the spirit of the people after the war.