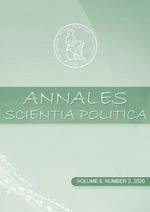 Summary/Abstract: The article opposes the rejection of autonomy in favor of coercive paternalism. Based on the thought of especially John Stuart Mill, Immanuel Kant, and Joel Feinberg, it suggests that autonomy as an ideal, a moral capacity, and a foundational principle in liberal democracies must not be surrendered for a doctrine of benevolent coercion. The arguments are equally concerned with the justifications for coercion, the value of autonomy and moral agency, and the dangers of paternalism (e.g. infantilization). The article concludes that Mill’s soft paternalism based on the harm principle could serve as a reasonable middle-ground allowing for the most severe types of self-harming behavior to be avoided without surrendering autonomy altogether.