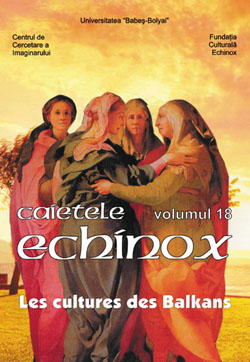 Summary/Abstract: For more than five centuries (1371-1913) Macedonia was under Ottoman domination. Oral tradition with its songs, tales, legends, proverbs, rites, was during that time the place of privilege where the discourse of Macedonians on Macedonians was carried on in secular language. Poetry and theatre are the continuation of this tradition, dramatic authors the new Aedes. Theatre also fulfilled the role of a weapon, of a revolutionary tribune. Revolutionaries used it to educate, awaken and bring the Macedonian people to revolt. Contemporary dramatists dwell on the awakening of the national consciousness and its affirmation and the consciousness awakened, but hopeless. In this study we focus on Dejan Dukovski and Jordan Plevneš, two internationally famed authors. Dukovski and Plevneš are two desperados. Plevneš makes invisible mourning visible. Dukovski makes sorrow of all past and present illusions about this world.