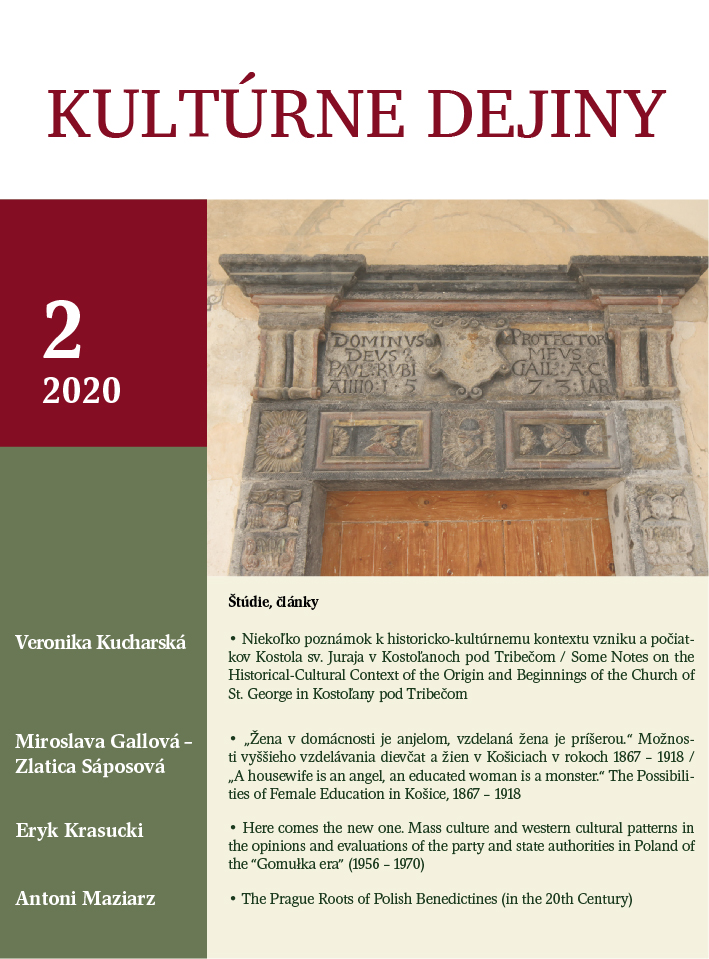 Summary/Abstract: Discussions on girls’ education, which took place in society during the 19th century, did not address the method of education itself, but the question of whether girls would ever need to receive a higher education than that provided by national (elementary) schools. Despite different prejudices and stereotypical ideas, various forms of teaching were gradually made available to them. There was a major break-through in higher education opportunities for girls and women in the second half of the 19th century. Gradually, new opportunities were opened for them at several types of educational institutions, which included private and monastic girls’ educational in¬stitutions, burgher’s schools, teacher training institutes, higher girls’ schools, business courses and courses for the education of midwives, and girls’ grammar schools from the end of the 19th century (or external study at boys’ grammar schools and vocational schools). Individual types of schools mainly originated in larger cities, including Košice. In this city, suitable conditions for the establishment of these institutions were created as Košice was the administrative, cultural, economic, political and educational centre of the north-eastern region of Hungary. The burghers also played an important role. They were interested in giving girls and women the opportunity to reach a higher edu¬cational level to help them find employment (e.g. in lower office positions, postal and rail services, educational system or health service). The aim of this study is to present the possibilities of education of girls and women in Košice in 1867 – 1918. The thesis deals with individual schools and courses according to their specialization, and it also provides information on the number of pupils and subjects. In the researched period there were several types of schools in Košice, where the number of students was gradu¬ally increasing. They came not only from Košice but also from the surrounding areas.