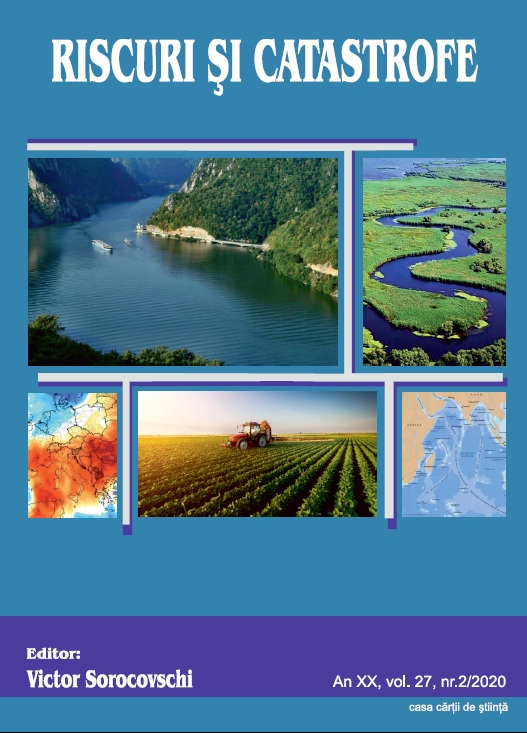 Summary/Abstract: The Danube is the second largest water course in Europe (after the Volga) in terms of length (2860 km) and area (817,000 km2) The river springs from the central-western part of Europe (Schwarzwald), runs through the central part of the continent, crosses the Pannonian Depression to the confluence with the Drava, then pierces the Carpathian Mountains through the Iron Gate Gorge. Farther down it separates the southern part of the Romanian Plain from the Prebalkan Plateau, and the eastern part of Sea, encompasses the Delta area. In Romania the Danube is 1075 km long and drains 97% of the country’s territory. It flows through European regions affected by Oceanic, Baltic, Mediterranean and temperate-continental climatic influences that stamp their mark on the morpho-hydrographic and hydrologic characteristics of the river. The Danube discharge regime depends on its upper course tributaries which come from the Alps with high waters in June. In its middle and lower course it depends on the Drava and the Sava, with high waters in spring (April –May) and lower ones in autumn (September – October). The Danube’s multiannual mean discharge increases downstream as follows: 1,470 m²/s at Passau, after confluencing with the Inn River; 1,920 m²/s in Vienna; 2,350 m²/s in Budapest and 5,300 m²/s after its junction with the Drava, Tisa and Sava rivers. This water volume enters Romania at Baziaş with 5560 m²/s. Hence forward values continue to rise through the contribution of its lower course tributaries, reaching 6,495 m²/s (over the 1840-2016 period) when flowing into the Delta-Ceatal Chilia. Maximum discharge is recorded during the high spring waters, but occasionally in summer, too: 15,800 m³/sec at Baziaș in April 2006; 15,300 m²/s at Giurgiu, and 15,900 m²/s at Ceatal Chilia. Minimum discharge occur in autumn and occasionally in winter: 1,040 m²/s at Baziaș 1949; and 1,790 m²/s at Ceatal Chilia in 1947.The alluvial discharge (1840-2000) was 53 million tons/ year, respectively 1,681kg/s, of which 2.81 million tons /year represented coarse alluvia (sands). The extreme values during that interval were 4,470 kg/sec (141 million tons/year) in 1871 and only 229 kg/sec (7.2 million tons/year) in 1990. Throughout that period there was a tendency to decrease at an annual rate of 8.3 kg/year, naturally with fluctuations in terms of the liquid discharge. The mineralisation degree is still moderate despite the higher quantities of polluting wastes being spilled into the river in front of large cities – Vienna, Bratislava, Budapest and Belgrade (values coming close to 350 – 400 mg/l due mainly to chlorine and natrium). The Danube’s great self-purification capacity makes it recover in the lower course. The qualitative characteristics of the water was implemented in 1996 by Danube Transnational Monitoring Network - TNMN, the objectives and programs in view of ensuring the concentrations and loads of relevant pollutans and identifyng of the major sources of pollution. The spatial and temporal variation in the pontic sector of the physico-chemical quality indicators, reflect the general characteristics and the effect / impact of the main pressures identified at basin level for the period 1996-2015, in 6 monitoring sections (from Baziaș to Reni). The type of surface water body (river, lake, transient water, coastal water) is an aquatic unit that has an aquatic flora and fauna determined by the climatic, lithological and morphological conditons of the minor riverbed, hydrological and physical. significant anthropogenic unmodified chemicals.