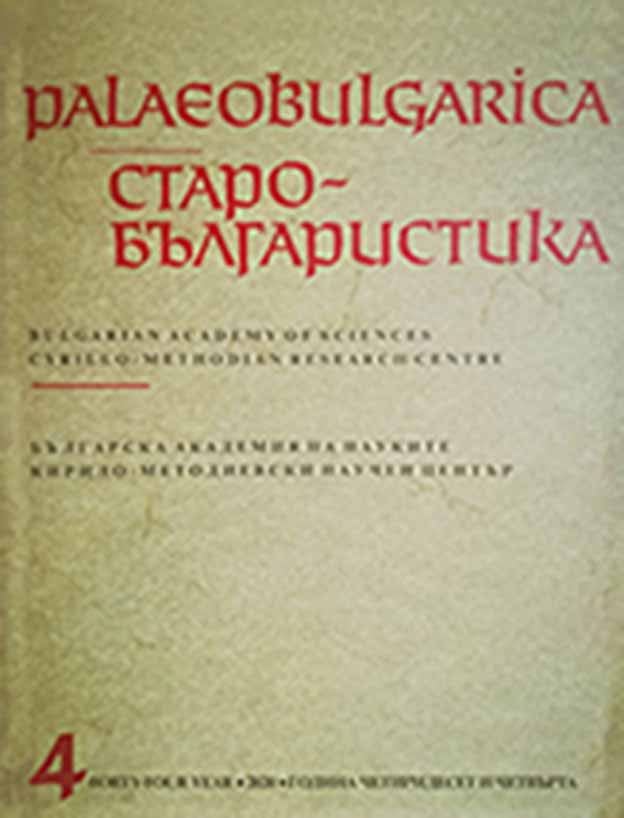 Summary/Abstract: The article deals with the problems concerning the Greek source of the Slavic translation of the Life of the great martyr Irene (Passio Irenae). The Greek copies can be divided into two recensions – the long and the short one. The Slavonic version of the Life is based on the text of the short recension, however, in a number of cases, readings equivalent to the Slavic text are provided by manuscripts belonging to the extensive recension. Despite the significant similarity of the Slavic and Greek traditions of the Passio, sometimes the differences between the known manuscripts of the Greek text and the Slavic sources are so great that they suggest that many words, forms and even phrases might go back to a lost Greek version. The most important evidence that the Slavic translation did not match any of the known Greek copies of the Passio is the transmission of some proper names. In addition, a number of lexical and grammatical differences between the Slavic and the Greek texts also suggest that the source of the translation is not preserved. In general, it seems very likely that most of these differences, including lacunae, are due not to the freedom of translation, but to variations in the Greek tradition, only accidentally not reflected in the manuscripts known to us. In some contexts, readings that are invariably present throughout the Slavic tradition, but do not find correspondences in Greek, may be considered as a source for reconstructing lost Greek variants.