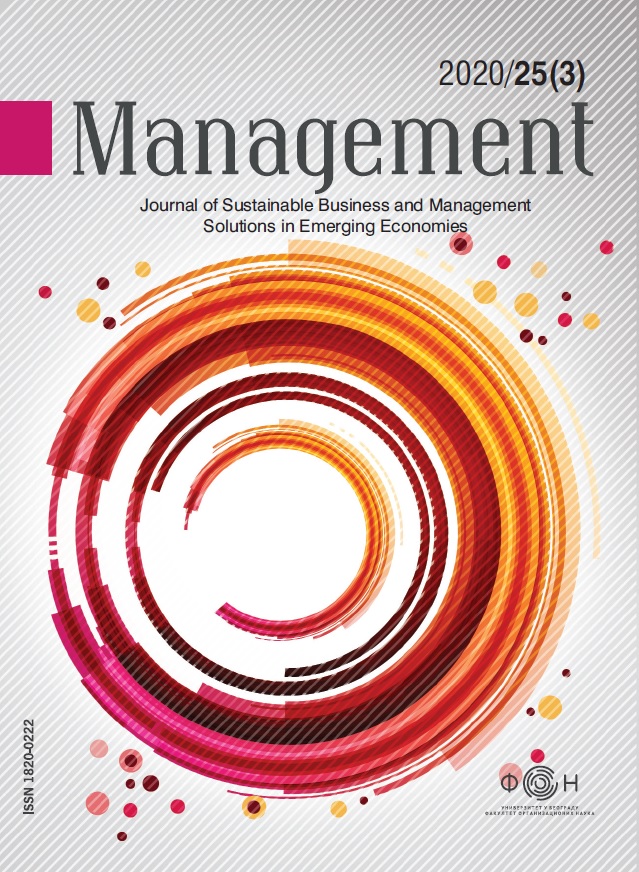 Summary/Abstract: Research Question: This paper investigates a relationship between the composition of personality traits of team members and teamwork performance as well as team behavioural competences. Motivation: Our primary motivation was to link and integrate organizational psychology and the field of management science. The study builds on existing literature that highlights the influence of personality factors and their composition on group processes. As stated in the literature, personality traits determine individual behaviour in work environment and therefore influence group processes and group performance (Barric, Steward, Neubert, & Mount, 1998). According to that, if we can determine such combinations of personality traits of team members that contribute to better or worse team performance, we can raise the team’s efficiency to a maximum. Idea: The main idea of ​​the research was to examine whether there is a combination of personality traits in a team that influences team performance. The importance of this topic is reflected in the increasing attention paid by organizations to working teams and their formation in order to increase productivity, so the adequate selection criteria of team members is of great importance. Data: The research was conducted in one Telecommunication Company. The final sample consisted of 20 teams formed by 87 subjects (42 male and 45 female). Every team consisted of 4-6 members and the team supervisor. The teams were generally similar in terms of education. Tools: Personality traits of team members were measured with the instrument based on the Big five model. We used the average values of the team member’s personality traits as the predictors, and team work performance as criteria. Beside descriptive statistics, we used correlation analysis and canonical and quasi canonical correlation analyses. Findings: Our findings mostly agree with similar studies in other countries - the average group result of Extraversion and Openness proved to be very important for the teamwork performance. The results strongly support the existence of one general personality factor which is connected to the teamwork performance. It therefore confirms a hypothesis that adequately formed teams contribute considerably to the success of an organization. Contribution: Perhaps the most important contribution of this paper lies in the fact that there are very few similar studies in our area and including our population, and the practical implications for management are huge.