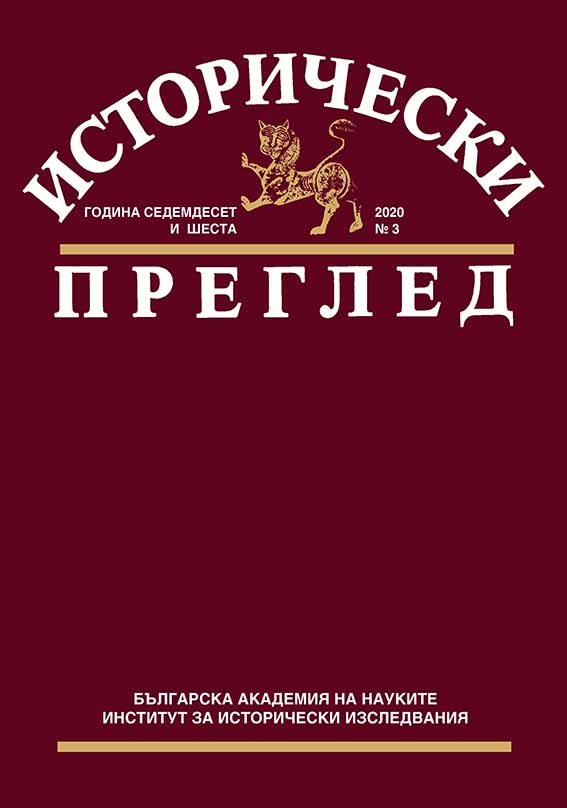 Summary/Abstract: The two authors dwell on the much commented in recent years interesting medieval Fortress of Urvich near the village of Kokalyane in the vicinity of Sofia. According to the findings of the archaeological excavations, a fortification was built on the steep slope as early as the 4th–6th centuries to safeguard the important road. Abandoned in the time of the Barbarian invasions, it was reconstructed during the First Bulgarian Empire in the 10th–11th centuries. The fortification developed rapidly and flourished particularly during the Second Bulgarian Empire in the 12th–14th centuries. There are documents evidencing that Urvich was involved actively in the defence of Sofia against the Ottoman invasion and suffered the same unfortunate fate as the big city. The excavations show that in the 15th–17th centuries an important Christian monastery was founded on the ruins of the fortress; the monastery was burnt to ashes by the Ottomans during the Bulgarian uprisings inspired by the Austro-Turkish Wars in the late 17th – the first half of the 18th centuries. Information from various historical sources on the fate of the Urvich Fortress is gathered and analysed in this article. The earliest is a seal from the 11th century, belonging to the Byzantine aristocrat Nikolay Οὐρβίτζιον – the Greek spelling for the Bulgarian “Urvich”. Worthy of note is the rich Bulgarian folklore tradition, describing the resistance of the Bulgarians against the Ottoman invasion, where the Urvich Fortress is repeatedly mentioned. In this regard, it is mentioned also in the Slavo- Bulgarian History completed in 1762 by Paisius of Hilendar. A definite contribution of the two authors is the discovery that Urvich was mentioned as Oruitro in several Western European travelogues and road maps from the 17th and18th centuries. Their descriptions and designations make it clear that at that time the walls of the ancient fortress were preserved in good height, and that there was a “beautiful monastery” within the walls. This description corresponds and corroborates fully the data from the archaeological excavations.