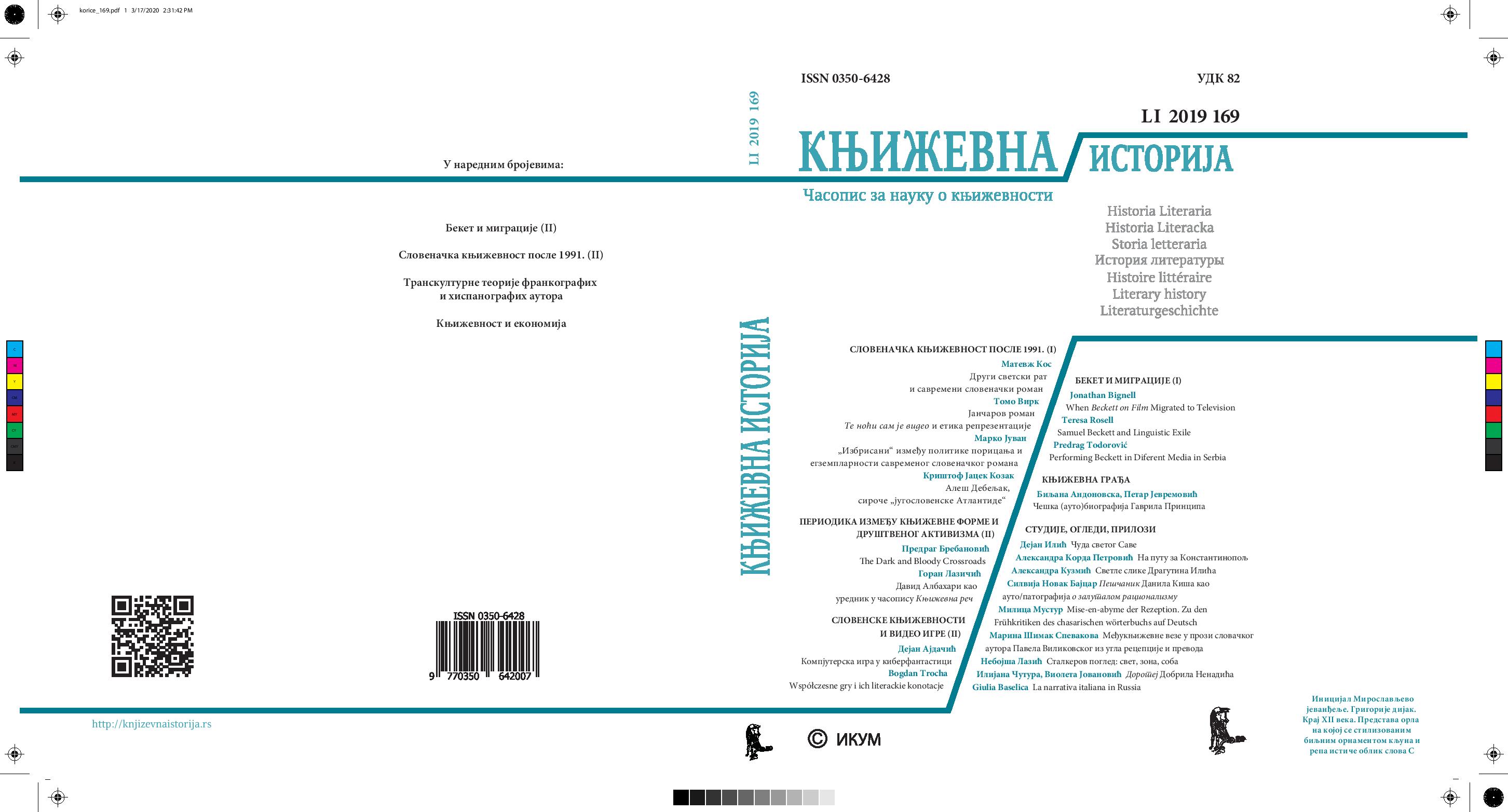 Summary/Abstract: The creativity of Aleš Debeljak, a prominent Slovenian poet, sensitive essayist and public intellectual, can be divided into three parts: deeply personal poetry, professional or scholarly work, and socio-political essays or commentaries. These three parts, although different from one another, are loosely linked together by the trigger of Debeljak's creativity: the individual's responsibility to society and fellow human beings. Debeljak's essays are especially memorable since they are mostly related to the space that defined him from his childhood, i.e. Yugoslavia, but above all to its terrible devolution. The article explores three of Debeljak's texts: Twilight of the Idols, Balkan Footpath and How to Become a Human Being and its aim is to examine the occurrence of the topic of Yugoslavia in them. The three selected texts have been written over a period of twenty years and all three reveal Debeljak's unbearable pain caused by the collapse of the multicultural, culturally rich community that offered the foundation for the creation of his own version of identity, which he proudly called cosmopolitan. Debeljak transferred his identity from the national plain to the cultural one – cultures that offered him immeasurable freedom and wealth became the existential provision that defined his essence. Twilight of the Idols is undoubtedly Debeljak's darkest essay on the new state of the world, which he called his ”own”. Originally published in 1994, when the bloody armed conflicts in the former republic of Yugoslavia were in full swing, this essay was among the very rare voices in the former homeland which lamented its collapse. Debeljak was well aware of the devastating power of nationalisms that dominated this area and thus destroyed the delicate tissue of cultures. The second book, Balkan Footpath, was published in 2010, that is a decade and a half after the end of the conflict, but still revealed Debeljak's profound sorrow. In it, Debeljak pays tribute to all those writers of the former common homeland who inspired him on the path of shaping his own identity, such as Ivo Andrić, Meša Selimović, David Albahari, Muharem Bazdulj, also Charles Simic, but his main attention goes to the two great Serbian authors, Miloš Crnjanski and Danilo Kiš. With the last of the selected books, How to Become a Human Being, Debeljak returned to his earliest years in the last decade of Yugoslavia's existence. In his comments, Debeljak follows the intimate memories from his childhood and early teens, describes events and experiences that have affected him, many of which are linked to Yugoslavia.