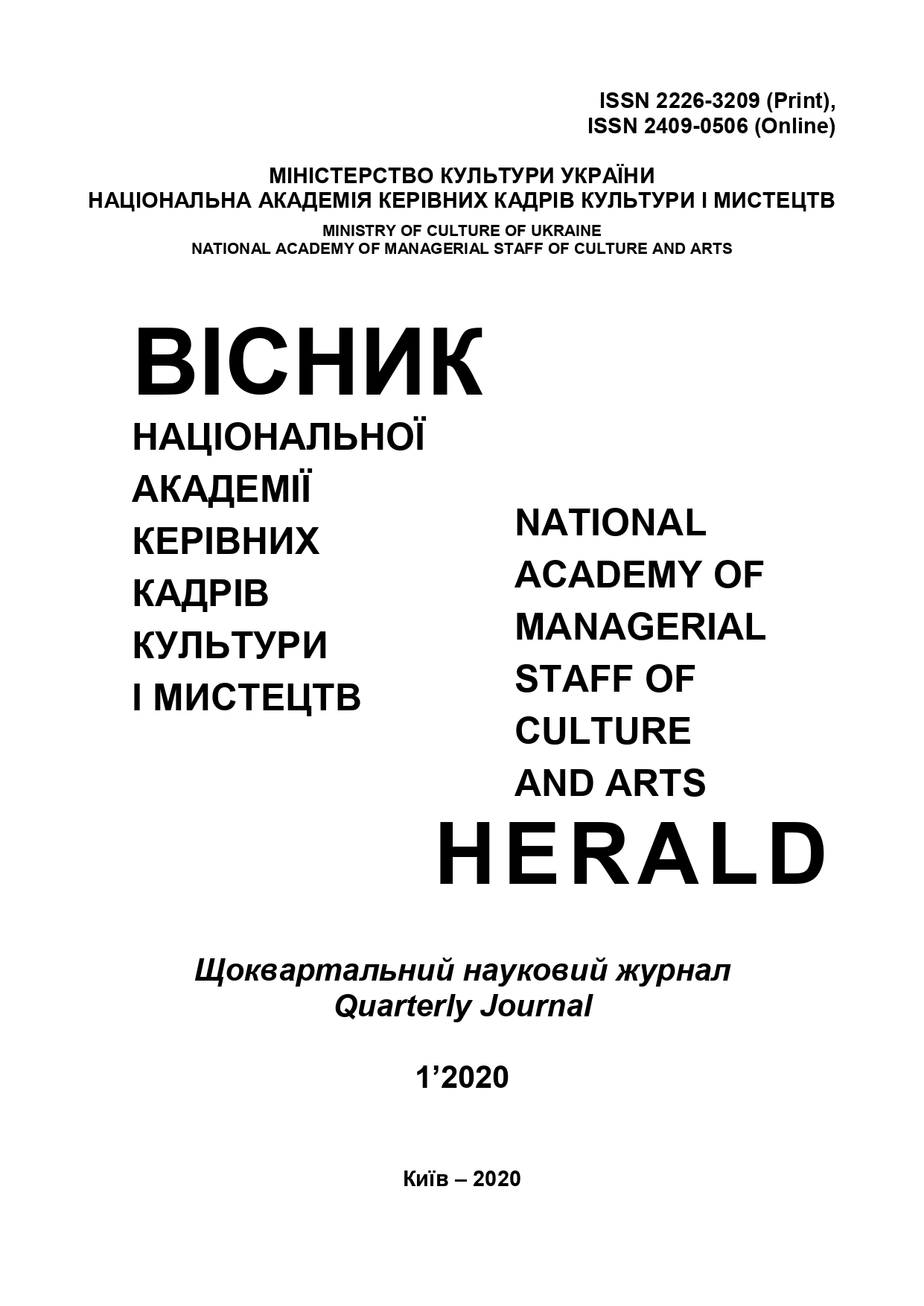 Summary/Abstract: The purpose of the article is to highlight the positions of the current side of the Opera concept of "Libushe". It is relevant for the modern creative life of Smetana, where the signs of national glorification are concentrated, indicative, as a principle of expression, for the postmodern and post-postmodern cultural space. The methodology of the research is based on art criticism focusing on the culture of glorification. It comes from the cult instructions in the concept of P. Florensky, developments in the culture of dithyramb in O. Losev, ideas about the religious and cult principles of positive ritual in E. Durkheim. Art criticism in the development of cult installations of B. Asafiev's research considers the principles of consideration of the composition "Libushe" by B. Smetana and defines analytical, historical-descriptive, comparative-stylistic, interdisciplinary-comparative methods. The scientific novelty of the work is as follows: for the first time in the domestic cultural studies and artistic developments focused attention on the cultural phenomenon of worship as part ofthe expression of the national idea of the composition of the musical-a stage performance called Opera. Conclusions. Generalization of the spiritual-semantic and dramaturgical specifics of "Libushe" Would. B. Smetana allows us to put forward the concept of quasi-liturgical content of the named work. This poetics reveals creative and ideological parallels to the stage performance of "Ruslan and Lyudmila" by M. Glinka as the "Slavic Liturgy". According to B. Asaf'ev, both before Wagner's musical and theatrical heritage and its mythopoetic attitudes and before the Pasion of J. S. Bach-piest, he realized that Lutheranism was in contact with the Byzantine liturgical practice.