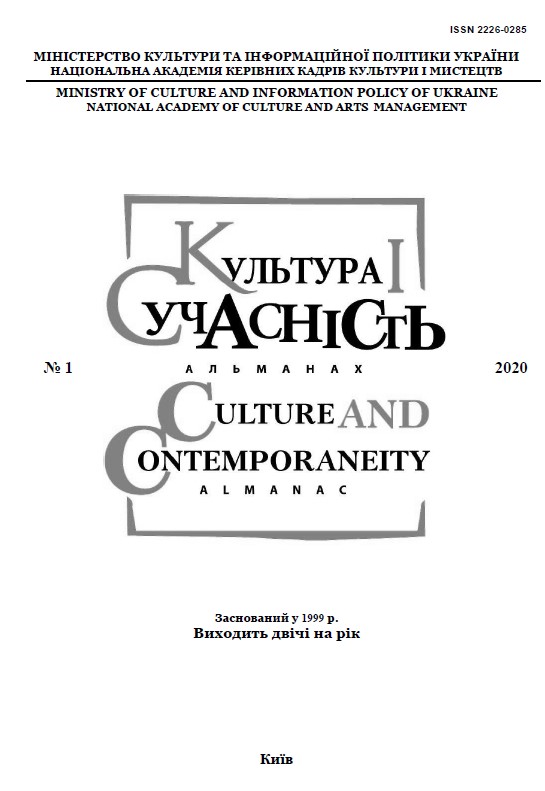 Summary/Abstract: Purpose of the Article. The scientific heritage of Mykhailo Hrushevsky occupies an important place in Ukrainian history science, especially in the learning of the cultural science of Ukrainian people. However, long time his activity and work were silent because it didn't fit the framework of prevailing Russian concentric ideology. The investigation goal is Mykhailo Hrushevsky's vision of history according to its Ukrainian culture development in the nineteenth century, expressed by him in popular scientific and journalistic works. The time frames of the named publication coincide with the period of the Ukrainian national revival at the end of eighteenth the beginning of the twentieth century. Methodology. The selection of the material was based on common scientific methods of analysis and synthesis, comparison, and generalization; methods of comprehensiveness, objectivity, and retrospect were used precisely to examine respondents' level of dual interest in learning. Scientific novelty. According to Mykhailo Hrushevsky’s point of view, a long time the first stage of the Ukrainian national cultural movement was the literature. The especially great influence had a prohibition of the Ukrainian language in Russian empire and revolutionary events in Western Ukraine in 1848. At the beginning of twentieth century in Ukraine appeared a growth of Ukrainian culture everywhere in its territory. Conclusions. Great importance he paid to the processes of national-cultural revival in the second part of the nineteenth, the beginning of twentieth centuries because he was the immediate participant of it.