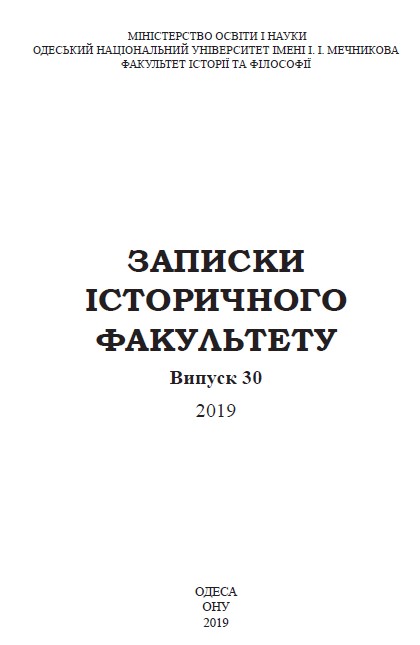 Summary/Abstract: The purpose of this article is to study the phenomenon of celebrating the pedagogical congresses held in southern Ukraine (actually Odesa school district) in the second half of the XIX – early XX century, highlight the historical and methodological issues in the this congresses. Published sources are predominantly published in editions of congresses. Information of interest to us is mainly contained in the sources of the reports - the reports and reports of the companies. Narrative sources, publication of analytical articles about societies in the time magazines and newspapers are an essential addition. Thesis. The main idea of this article is that in the historical and methodological questions did not belong to the leading subjects of occupations of the pedagogical congresses participants on the territory of Southern Ukraine, only after linguistic and natural. This events gave rich material to theorists of pedagogy and officials for further meetings in the Central administrative bodies, the nomination of further reform initiatives. Similar actions for the exchange of views and development of long-term plans were distributed to almost all professional groups. Congresses were a significant factor in the formation of civil society in the Russian Empire and, in particular, in the Dnieper and black sea parts of Ukraine, which were at that time part of this state, significantly increasing its potential. The considerable body of literature dedicated to administration of the educational congresses in the Russian Empire and on the territory of Ukraine.