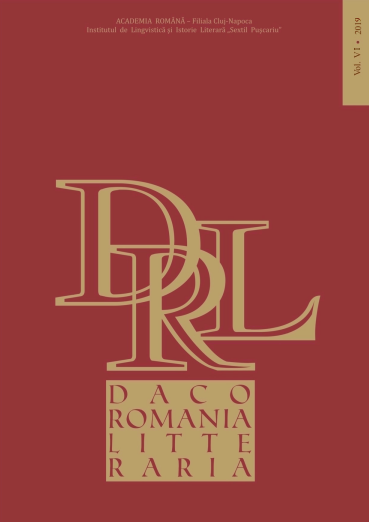 ROMANIAN LITERATURE AND THE NETWORK STRUCTURES

Summary/Abstract: If we take into account the new technologies of the 21st century, could we imagine a concept of literary history which, in terms of its structural criteria, is fundamentally different from the traditional concepts we are accustomed to? Could we imagine the content of an alternative literary history abandoning the usual classification (based on literary epochs, literary currents or literary moments) and functioning on a network of interdisciplinary intersections between authors and texts? The present study attempts to draw the picture of a literary history based on network structures which connect authors and texts belonging to different epochs and currents by means of hypertextual nodes and links, rather than through linear chronologies.