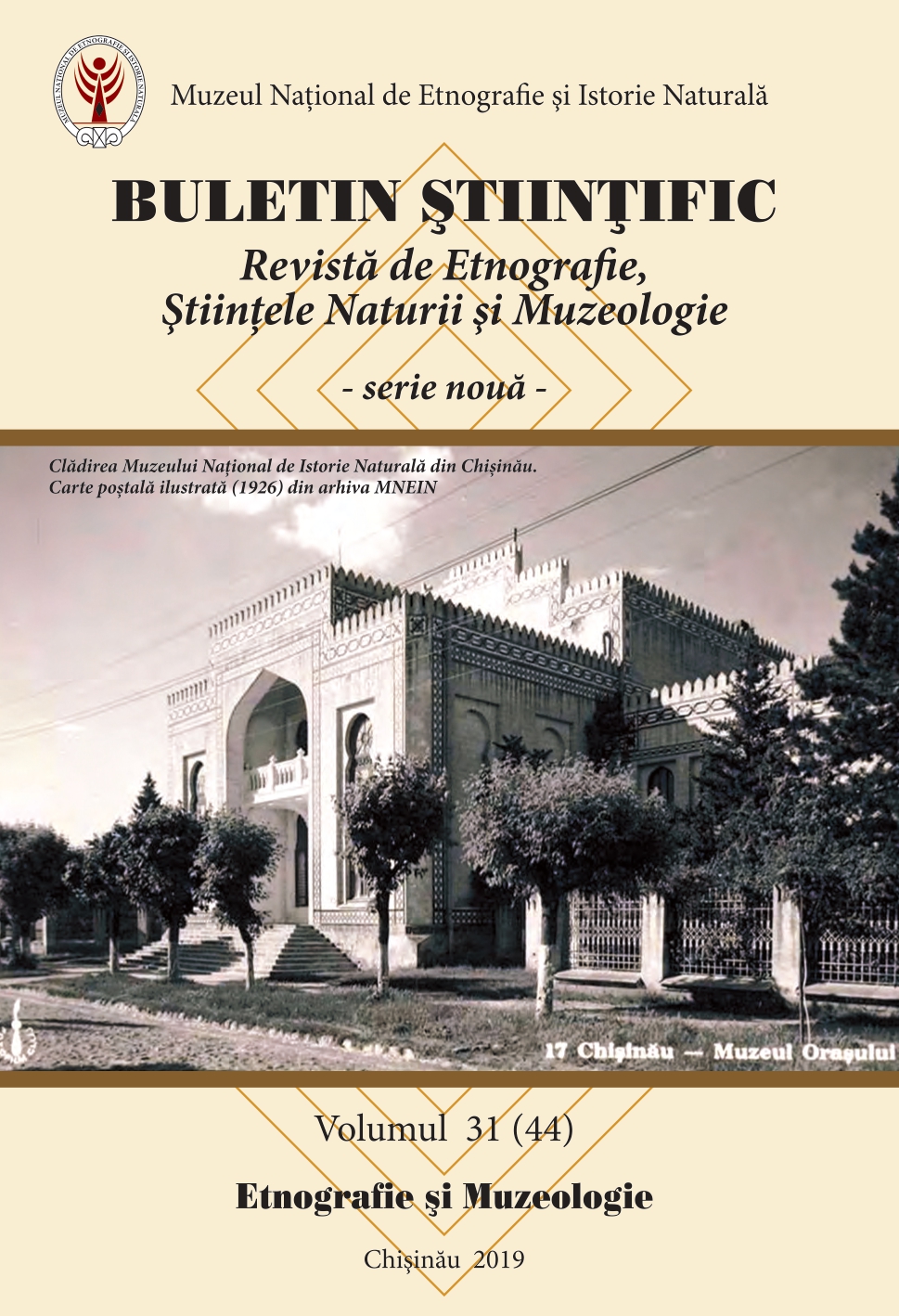 Summary/Abstract: The paper starts from the origins of museum concepts, the genesis of the first public museums, the formation of museum studies as a distinct field of knowledge. It is revealed the specialization of museums in distinct fields and the role of the International Exhibition from Paris from 1878 in launching the new domain – the ethnographic one. The author highlights the Swedish model that gave birth to the European ethnographical museum studies (implicitly, to the ethnographic museum concept), as well as the shift of museum studies to a scientific discipline. Readers will find information concerning the origins of the notion of “museum” and its spread in the Romanian area, the genesis of the first public museums here, inclusively the formation of the Zemstvo Museum from Chisinau, its goals and objectives. They will learn about the first scientific institution from Bessarabia and will be able to follow, through concrete examples, how appeared the model of the Soviet museum concept and its implementation in Bessarabia. The concrete examples, based on archive documents, vividly prove in details the metamorphoses suffered by the museum concept during Soviet examples, basing on a case study – the National Museum of Ethnography and Natural History.