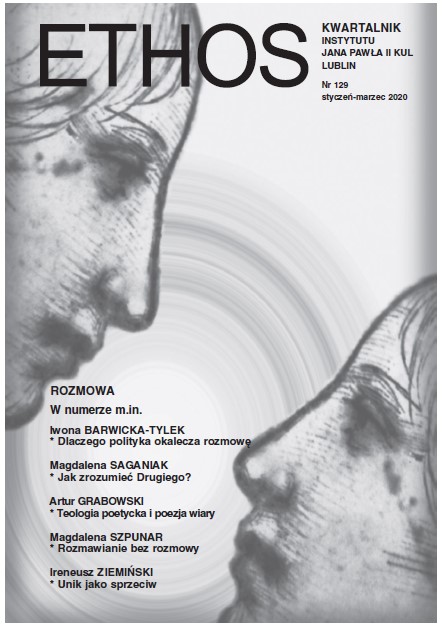 Summary/Abstract: Based on Emmanuel Lévinas’s Totality and Infinity: An Essay on Exteriority, the article comprises a tentative reinterpretation of the concept of (Con)versation. The latter is conceived as an expression rather than a result of the relation obtaining between human persons. The relation in question cannot be thematized, but—due to consciousness adjustment—it gives rise to Interconsciousness. By participating in (Con)versation and staying ‘face-to-face’ with another, a human person rediscovers her subjectivity, which manifests the core of the metaphysics of love. It is only within the realm of the latter that the dimension of ethics comes to light. Therefore the command, “Do not kill me,” is preceded by the words, “I want you to live,” which signify the fact that, in its unselfishness, being has transcended itself. In this context, it turns out that the fundamental relation, the one that marks (Con)versation, springs from the realm of the Word, which is God himself.