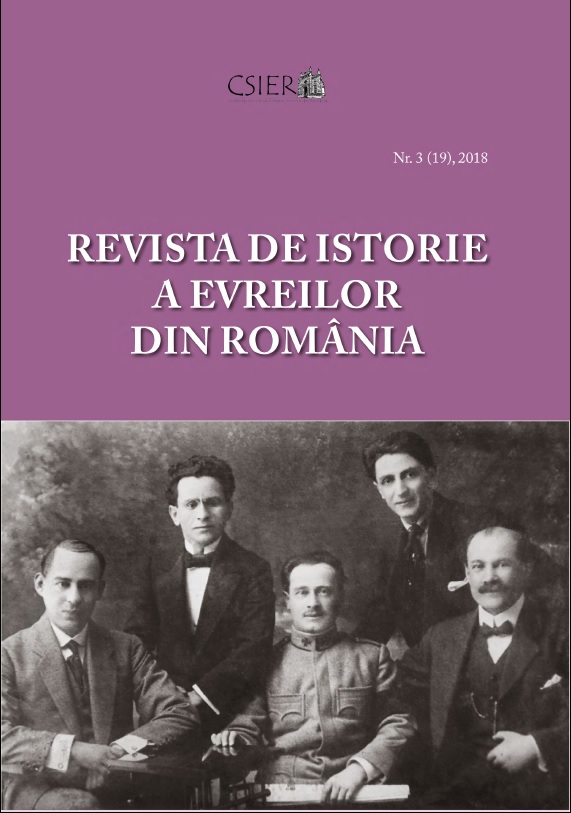 Summary/Abstract: Considered by his contemporaries as “one of the most talented journalists, not only in Iași, but all over the country”, Adolf Steuerman-Rodion (1872-1918) remains in the Romanian cultural memory due to his numerous literary and journalistic works. A medicine doctor, as well as a „Germanophile” publicist, Adolf Steuerman-Rodion participated in the great conflagration of 1916-1918 as a military doctor, as well as a faithful reporter of war. Having been drafted and sent to the Caşin Valley at the „moment of the national call” – August 15, 1916 – the publicist and physician was remarked due to his exemplary attitude. He participated in the entire Romanian campaign, until the army withdrew to Moldavia. After having been released from active duty, in June 1918, Rodion (the pseudonym frequently used by Steuerman to publish his articles) resumed his collaborations with Germanophile journals such as „Opinia”, „Lumina” or „Scena”. In particular, he published original writings and campaign memoirs in the „Letters from Iași” and „People and Things” series. He also published articles under the general title „String of the Day” and „Small Polemics”. Having been strongly affected by the dramatic experiences on the front and the ethnic injustices he faced, Major Adolf Steuerman ended his life on September 21, 1918. Steuerman-Rodion remains in the history of Romanian media and culture as the model of the Jewish intellectual, faced with many ethnic problems that were present in Romania during the first decades of the 20th century.