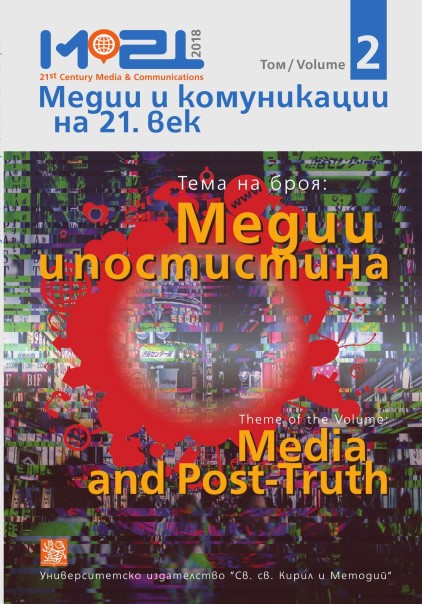 Summary/Abstract: The development of the Internet and social media and networks as a media environment and communication channels combined with the specificity of the journalistic profession in the online environment are a factor which contributes to the emergence and proliferation of fake news. The lack of reliable fact checking by the media and the fast news consumption by the public lead to mass disinformation about certain issues or subjects. The current paper examines fake news from several points of view and describes the models of their use – as harmless jokes, as lack of journalistic competence or professionalism and as means of manipulation and intentional misleading of public opinion. The attempts of big media corporations to fight fake news are also described.