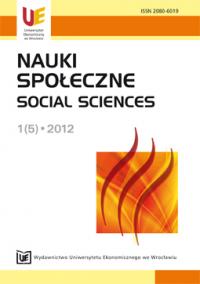 Summary/Abstract: The main purpose of the article is to present the model of socialism incorporated by the British New Labour Party, which was embodied within the concept of the Third Way. This project in a large sense gave Labour’s victory in general election in 1997 since the long time taking the place of opposition. It meant modernized social democracy appealing to such principles as: equal value of each person, responsibility, justice and community. The idea of the Third Way should be recognized more than the old left. It creates optimal conditions for free market economy which is available to the wide group of participants. The historic and descriptive method was used in reconstructing the project of the Third Way accepted by the British New Labour Party.