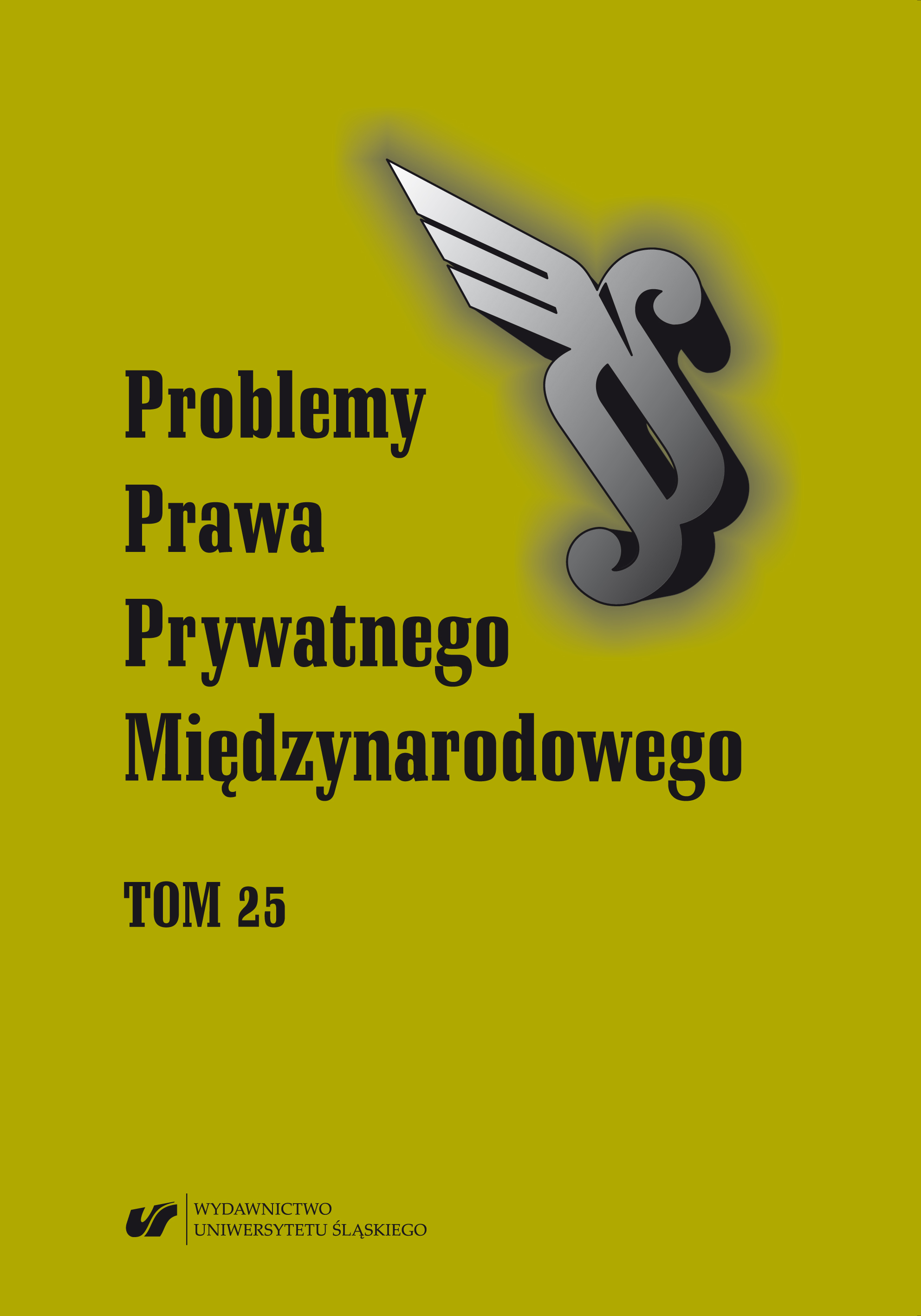 Wykładnia umowy jurysdykcyjnej zawartej na podstawie art. 25 Rozporządzenia Parlamentu Europejskiego i Rady (UE) Nr 1215/2012. Glosa do postanowienia Sądu Najwyższego z dnia 5 października 2018 r., I CSK 611/17
The interpretation of the choice of court agreement concluded under Article 25 of the Brussels I bis Regulation. A note to the decision of the Supreme Court of 5 October 2018, I CSK 611/17

Summary/Abstract: The choice of court agreement (forum selection clause) is effectively concluded if there is no doubt that the party has actually become acquainted with its content. The Court of Justice of the European Union focuses on those aspects of the conclusion of the contract that allow the assessment that the other party is not surprised by the establishment of a subjective link. The compliance with formal requirements implies that the parties agreed on the conclusion of the contract. There are no objections about so understood “real consent of the parties” as a consequence of fulfilling not only the requirements as to the form, but above all as the way of the conclusion of the contract. The acceptance of the thesis that since the party expressed the undoubted consent to conclude the contract, there is thus no problem of the interpretation of the declaration of intent, is impossible. There is no dispute that the interpretation of a declaration of intent is a legal matter, since the methods of interpretation are determined by the law. According to the Polish Supreme Court, on the basis of Regulation 1215/2012 there is no problem of seeking of the applicable law, because the rules for the interpretation of a jurisdictional agreement should be interpreted from the provision of art. 25 of this regulation. This position is based on the main argument that any deviation from the autonomous rules of interpretation creates the danger that the courts of the Member States will differently determine the law applicable. The Court of Justice of the European Union accepts that an objective (normative) method of interpreting party’s statements should be used. In some situations, it is necessary to apply legis causae to effectuate a supplementary interpretation of the declarations of will.