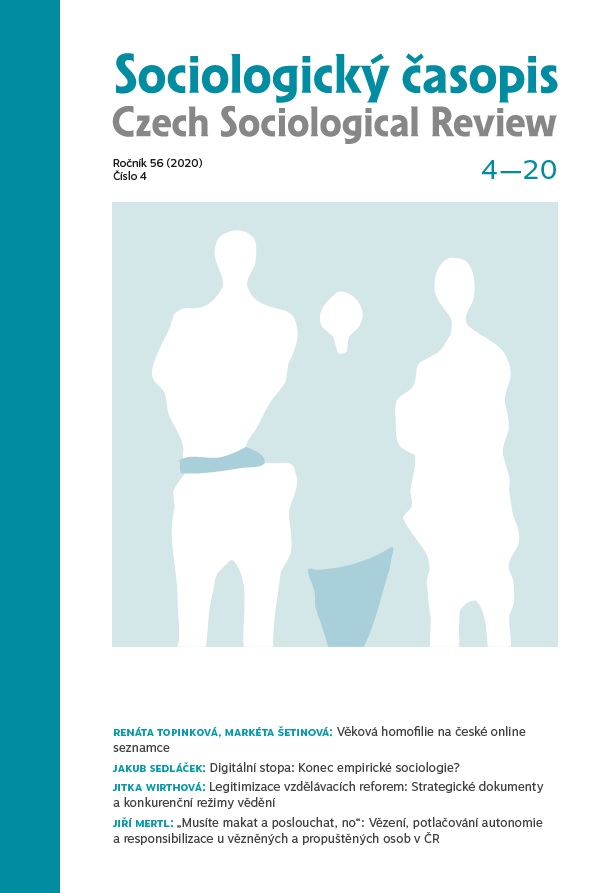 Summary/Abstract: This article discusses the prisonisation effect and the consequent responsibilisation of persons in and released from prison in the Czech Republic. Drawing on data from several research projects focused on the social circumstances of persons released from prison, the employability of imprisoned persons, and penitentiary and post-penitentiary care (94 semi-structured interviews and four focus groups conducted with people released from prison, and with social workers, prison staff, and other experts in the field), it is argued in the article that the high levels of recidivism and the overall marginal position of people after they are released from prison in the Czech Republic are the result of the prisonisation effect, which is strongly reproduced in prisons and is not alleviated after a person is released back into society. Thus, people released from prison are not used to making independent decisions and exercising initiative, and ultimately they fail to cope with the post-release social and institutional demands, whereby they end up being marginalised and/or returning to prison.