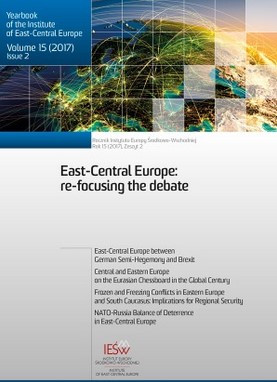 Summary/Abstract: This article focuses on the present shift of global power eastward and the significance of this evolution for Central and Eastern Europe (CEE) in terms of an emerging multipolarity in the international relations of the 21st century. The analysis underlines China’s geopolitical interests in the CEE region, notably, the Belt and Road Initiative (BRI), as well as the resurgence of American isolationism under the administration of President Donald Trump. As two active geostrategic players, Russia and China, jockey for position, the expansion of Chinese investment westward to CEE states occurs at a time of nationalist-populist challenges to democracy from the far right of the political spectrum in the member states of the European Union (EU). The much-needed funding offered for infrastructure projects in CEE countries has a positive developmental impact, and yet in an area struggling with the legacy of Soviet communism, the spread of Chinese influence is likely to conflict with the forces of liberal democracy. The potential for an ideological clash is significant as the EU struggles to identify a 21st century narrative that captures the imagination of citizens across the continent, especially those in the younger generations without the experience or recollection of the post-World War II era.