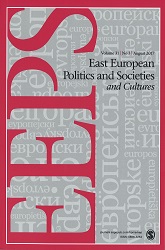 Summary/Abstract: Whereas both classical and neoclassical economists based their theories on a static psychology of self-maximizing rationality that facilitated the formulation of universal economic laws, Marx proposed instead an evolutionary understanding of the human psyche, opening the possibility of dynamic economic laws that mutated in accordance with changing historical contexts. By the 1920s and 1930s, some socialist economists started to drift away from this position, arguing instead that the psychology of neoclassical microeconomics could sustain a socialist macroeconomics, as long as the necessary institutions were in place. In other words, they came to believe that Homo Economicus could maintain all his or her selfish desires and acquisitive inclinations, but if economic structures were property designed and if the state enforced certain rules and regulations, then exploitation and commodification would be vanquished and the pursuit of individual well-being would lead to collective prosperity. That line of thinking was shut down within the Soviet bloc by Stalin, who insisted that socialism could only be created if Homo Economicus was transformed into Homo Sovieticus. Among economists prior to 1956, an evolutionary understanding of the human psyche was not only promoted but vigorously enforced by the state. After the fall of the Stalinists, however, a neoclassical approach regained the upper hand, and economists (not to mention politicians) in the Soviet Bloc began to lose their faith in meaningful anthropological and historical change.