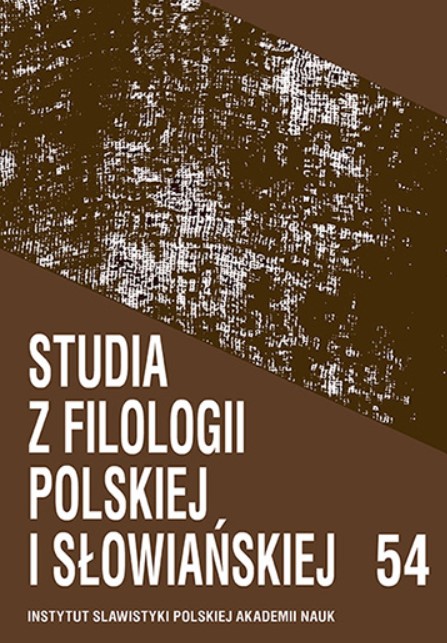 Summary/Abstract: Father Stanisław Kozierowski was one of the outstanding Polish researchers of Slavic onomastics in the first half of the twentieth century. He published numerous works on, often already forgotten, names of villages, lakes, rivers and marshes, particularly in the region of Greater Poland and the area historically inhabited by Slavic peoples, stretching as far as the river Elbe. His studies were part of the research stream described as “Western thought” (myśl zachodnia, followed at the University of Poznań after the First World War), a dispute with German scholars pursued with the aim of proving Poland’s right to the territories on the Baltic Sea which had been historically populated by West Slavic tribes. After the Second World War, Kozierowski contributed to setting Polish names of villages and railways stations in the so-called Recovered Territories.