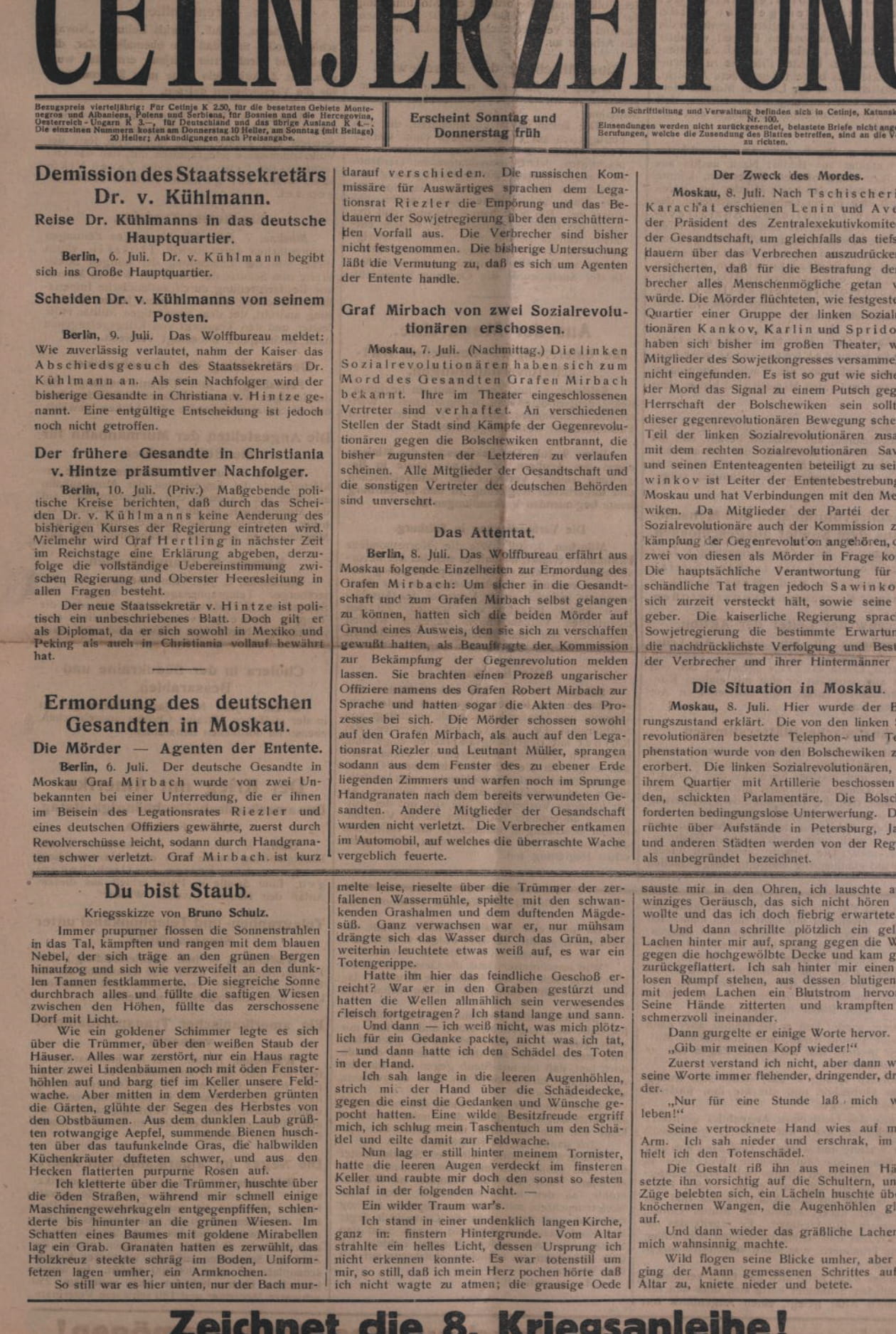 Summary/Abstract: The easiest option would be to ask the author of The Cinnamon Shops whether it was him who many years ago wrote in German and published in the Montenegro periodical Cetinjer Zeitung two stories: “Du bist Staub” and “Pfennig mit dem Auge.” Had he said “yes,” these two unusual narratives would be included in the oeuvre of Bruno Schulz. His literary identity would have been upheld (enhanced) and confirmed. But what is the literary identity? We know full well that the foundation of an individual identity is memory which selects and integrates the particles of a particular existence. There is no identity without memory. This, however, does not apply to the literary identity, deprived of that natural basis of each identity, both individual and collective. Its foundation is congruence, i.e. the coherence, harmony, and appropriateness of its components. Trouble begins when all of a sudden we come across a text signed with a name that already exists in the literary space, and this is exactly what happened when after one hundred years two German language stories from the Cetinjer Zeitung have been retrieved. An automatic inclusion of the stories in the literary identity signed “Bruno Schulz” seems risky for many reasons. First of all, because some stranger may invade the space occupied by the son of a Drogobych cloth merchant, the actual author of The Cinnamon Shops. Let us then defend the Schulz of Drogobych from the Schulzes who come from different parts of the world, and they are many. In the first three decades of the 20th century those were, e.g., Karl Richard Bruno Schulz (1865-1932, professor of architecture), Bruno Claus Heinrich Schulz (1888-1944, oceanographer), Bruno Schulz (engineer, fleet officer),Bruno Schulz (1890-1958, psychiatrist, genetician), Bruno Kurt Schultz (1901-1997, anthropologist, in the Third Reich an SS “race” expert), and Bruno Schultz (1894-1987, economist).