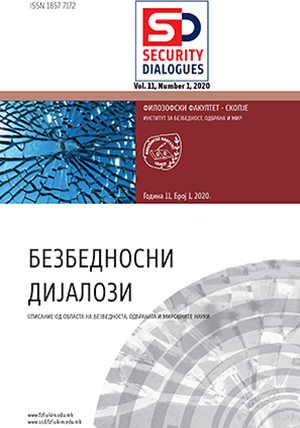 Summary/Abstract: Globalisation and modernisation were expected to transform the Middle East, by ending regional conflicts and spreading democracy, freedom, prosperity and peace. However, the oil reserves of the Gulf have been the main stake in Western policies that led to wars, not only to benefit the hegemon, but also the health of the world capitalist economy. Instead of democracy and prosperity, neoliberalism has fostered inequality, unemployment, poverty, mass migration and terrorism. Globalisation makes security interdependent; terrorism, gun crime and illegal migration are spill over effects of structural, political and economic insecurity. Iraq today shows how globalisation incites rebellion and radicalisation. The advancement of the neoliberal agenda by industrialised states through globalisation has failed to deliver the economic stability and growth it promised. Through a process of macro-securitisation, relationships, agendas and security dynamics have been consolidated. Globalisation coupled with a universalist narrative have constructed a neoliberal system of economic and ideological dominance, with clearly defined threats to it, regionally and globally. It is those security threats the War on Terror was designed to fight and eliminate, through the neoliberal, universalist narrative of a hegemonic social, political and economic culture. Thus was achieved the implementation of policies and procedures, ideas and cultures, that promote the structures and ideologies that will maintain hegemony.