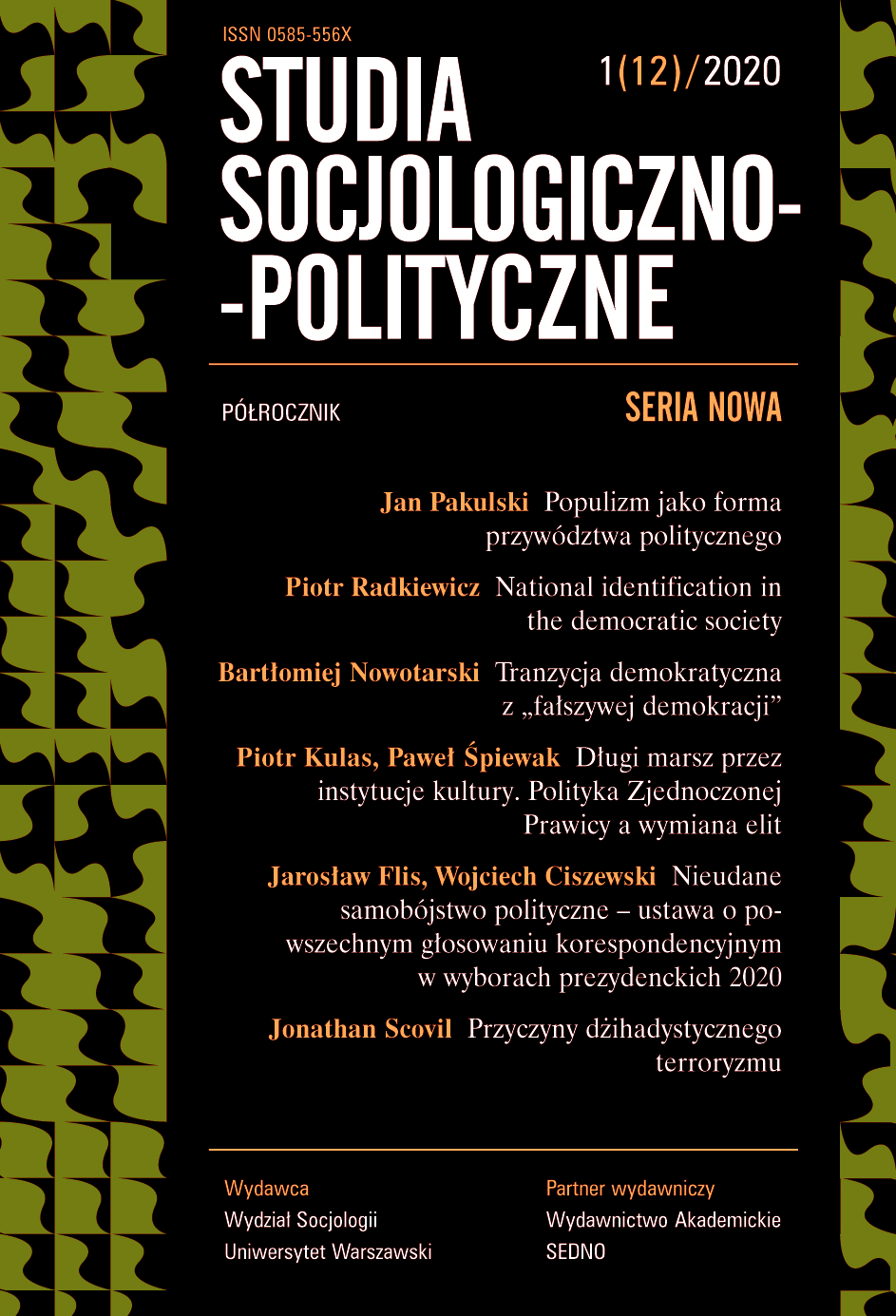 Summary/Abstract: This text aims to analyse the project of elite change implemented by the United Right in Poland in the field of cultural production. The authors argue that culture is recognized by right-wing politicians and intellectuals as a particularly important way of legitimizing its domination also in other fields. The special role of culture can be interpreted by the nature of the public sphere in Poland and the importance of the intelligentsia, who converted cultural capital into other types of capital (the political, the social, and especially the symbolic capital). The authors argue that the replacement of cultural elites serves the revision of history and assertion of power. Although, the elite change project is conducted not only within the cultural field, however, the latter is seen as a particularly important for the right-wing intelligentsia. We argue, that this exchange is based on the long-formulated announcements and is justified by the right-wing intellectuals and politicians who argue for a traditional, Polish model of culture. However, it also conceals political goals. The main goals of the replacement are to change the old elites with people favouring new order and, in the long run, to form right-wing elites, who, referring to the one-dimensional model of culture, will play a hegemonic role in the social life.