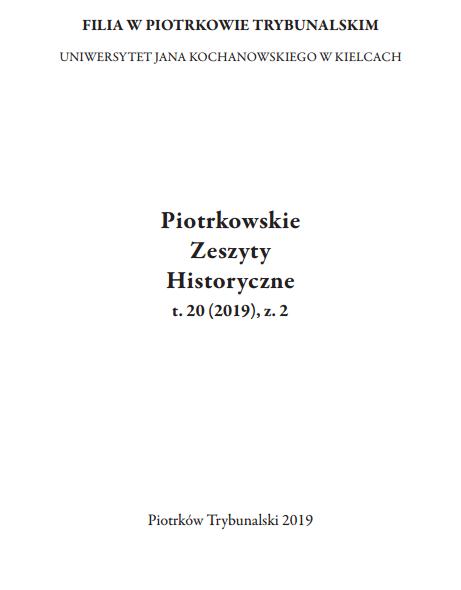 Wypadki majowe w 1926 r. w świetle wybranych tytułów prasy II Rzeczypospolitej
Events of May 1926 in the light of the selected titles of the press of the Second Polish Republic

Summary/Abstract: The May Coup strongly influenced the fate of the Second Polish Republic. Thecoup d’état carried out by Józef Piłsudski and his faithful troops on 12th May1926 raises controversy and provokes discussion among historians who are interestedin this issue. A different assessment of the May events can be seen inpublications and studies in which opinions about the upheaval are radical. Thedemonstration of Marshal Piłsudski, transformed into an attack, claimed numerousvictims. The Coup initiated significant systemic and legal changes and,as a result, Sanation came to power under the slogan of “healing the state”. TheMay Coup, its genesis and consequences were analyzed in the interwar period.An important role in the assessment of the May events at that time wasplayed by the press, especially newspapers. The press in the Second Polish Republicranked among the most important mass media and was the basic sourceof information exchange. Publishers tried to influence the public opinion andreaders by means of their texts, forming a certain image of perception of specificfacts or events. It is worth considering the relation of the most important presstitles to the May Coup and its consequences. What was the assessment of theattack by the right-wing press? What language was used in the press? Whatslogans were referred to? Why did the communists support the attack? Howdid the Catholic Church react to the development of events? What was thereaction of the press connected with the circles of Piłsudski and his followers?