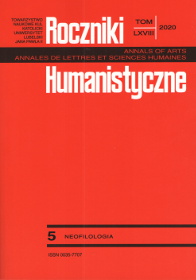 Summary/Abstract: The paper considers, as an example of second generation Shoah survivors, the life and work of Henryk Halkowski (1951-2009) who lived in Kraków and was a philosopher, architect and, primarily, ‘a guardian of Jewish memory’. I discuss his essays and journalism on Jewish subjects and the subject of Polish-Jewish relations, as well as his translations and editions of Judaic texts. Halkowski emphasised that it would be wrong to study the history of the Jews in Poland only in the context of their extermination, because there had existed in Poland, and especially in Kraków and its Jewish quarter Kazimierz, a thriving Jewish life and culture for seven centuries previously. The late scholar was deeply connected to Kraków, both biographically and emotionally, and used to stress the fact that the history of the Jews and the history of Kraków are inseparable.