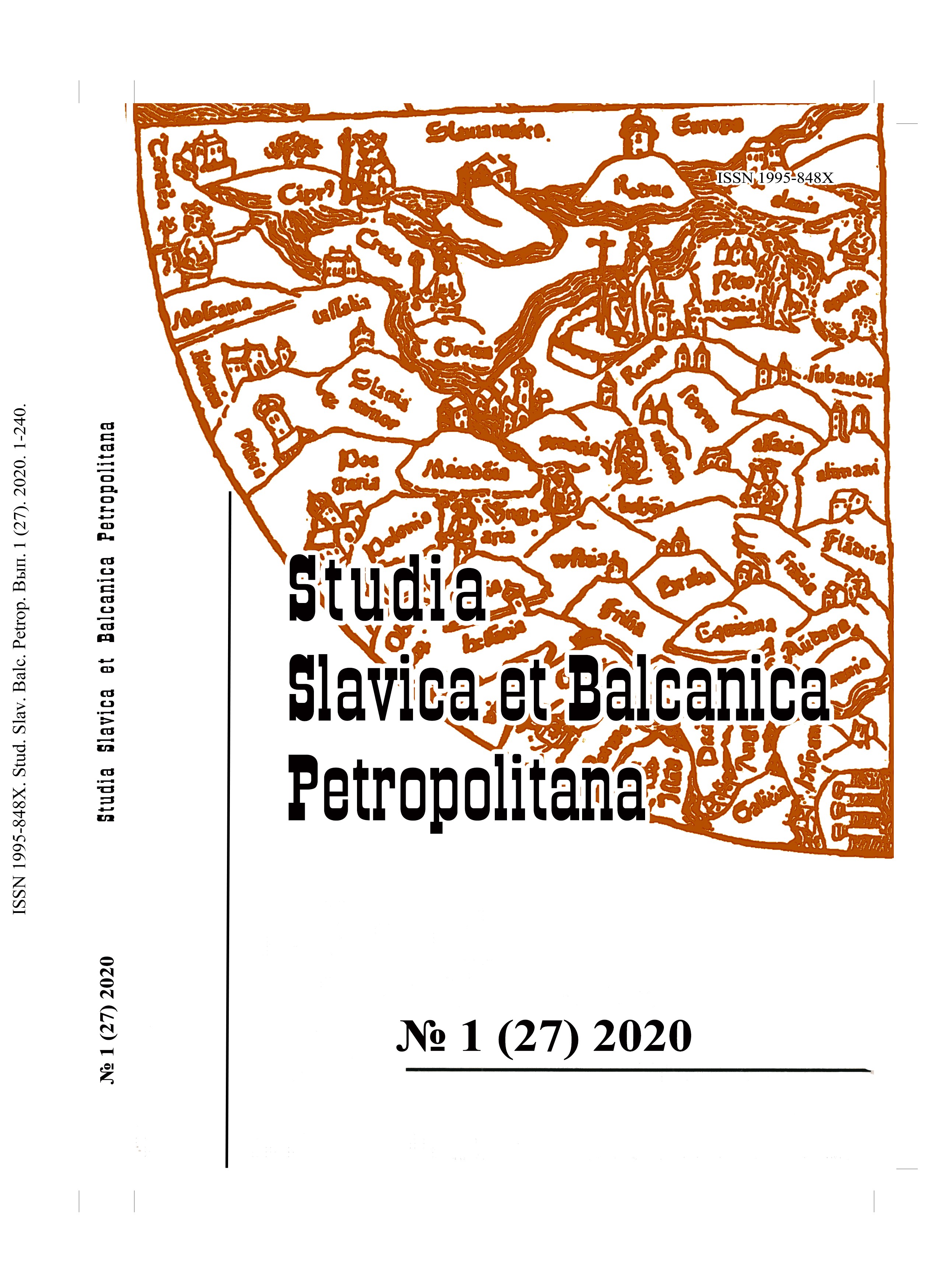 Summary/Abstract: The article presents itself the way of looking for a strategy which would allow to actualize, analyze and interpret archival photographs. In a focus there are images of medieval temple architecture from the territory on which the civilizations of East and West are converged. As the main source a collection of photographs from the Kosovo and Bitola vilayets of the Ottoman Empire is taken. It was acquired in 1914 by the famous linguist E. A. Volter (1856–1941) in Skopje for the Department of Ethnography of the Russian Museum of His Imperial Majesty Alexander III. Comparing images with each other and with other similar photographic artifacts of the early 20th century the author noted their common subject referred to the heritage of the Serbian dynasty Nemanichi ruled in the 14th century. The photographs thus visualize the phenomenon of Old Serbia, defined as a folklore-ideological construct which has become a part of the national program of the Kingdom of Serbia in the 19th century. Using the example of three photographic scenes, the historical fate of this heritage, its phenomenology and semantics are traced, as well as its role and significance for the modern Serbian society is revealed. Based on this, the conclusion about the deep connection between the temple heritage and the national myth, Serbian identity and its representation is drawn. The problem of interethnic contradictions is touched upon. Interpretation of photographs is carried out by their correlation with folklore and narrative sources within the framework of an integrated approach. The results of the analysis allow to conclude that the materials of the collection significantly contribute to the comprehension of a number of historical and ethnological issues, including global problems of our time, such as the problem of preserving the world cultural heritage.