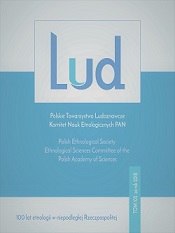 Summary/Abstract: The article looks at the intangible cultural heritage and its importance as a resource that creates economic revenue in the context of rapid transformations currently taking place in Cuba, and integrated in a complex network of tourism imaginaries and representations. Given the increased demand for “experiential tourism” (Salazar 2011), dance practices become central not only to institutions in charge of safeguarding and promoting heritage, but also to emerging small businesses as alternative forms of revenue outside the state sector. Dance schools aimed at foreign tourists, and the increased popularity of Cuban dance genres outside Cuba, indicate how parts of the tourist imaginary are adopted and adapted in Cuban narratives about Cubanness, and how bodies become transactional in more than one way. Economic realities and social inequalities that stem from contact with foreigners result in creative approaches for financial gain, perpetuating expectations about Cuban fantasies. The phenomenon is often racially marked, as many of the darker skinned Cubans, with no access to legal jobs in the tourist industry, seem to be capable of exploiting the appearance of ‘authenticity’ in dance spaces commonly associated with blackness. The article is based on the findings of long term fieldwork conducted in Havana in 2015 and 2016 and from March to May 2018 among professional dancers, instructors and dance school owners.