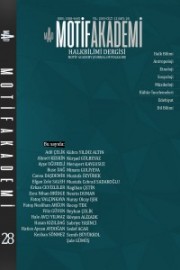 Summary/Abstract: As one of the points exists in Western modernization is melodrama emerged, as a kind of genre, in theater and literature first, and then in cinema. While this study focuses on the indicators of modernization, it also focuses on what material and spiritual it needs to prioritize the melodrama. Under the light of this study, the assessment will concentrate on two significant questions respectively: What sort of needs in a world melodramas support, the surrounding modern working life and ethics, revolutions, immigrations and crowded cities. In a more accurate way, what sort of pain the melodramas relieve and make the chaotic world more bearable? A total of three Çağan Irmak representations in the period of New Turkish Cinema, “Babam Ve Oğlum-2005”, “Issız Adam-2008” and “Unutursam Fısılda-2014” are also the focus points of this study. These movies were examined in terms of their functions to shape the daily life, which based on the years they were screened. This function was sought in relation to the relationship between the selected melodramas and social reality on the representation level. For this reason, in the years when the movies were shown on cinemas, references were made to consider the political, economic and cultural atmosphere attracting the audience.