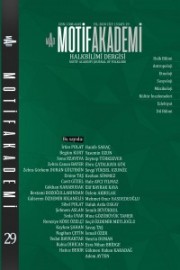 Summary/Abstract: Emile Durkheim can be counted as one of the leading and classical sociologists that paved the way for sociology to develop as a separate discipline. Being among the pioneers of Sociology, Durkheim’s views keep their significance in contemporary sociology. His views on concepts of anomy and suicide are still important for understanding today’s modern society. His views have influenced sociologists and other fields of social sciences. Especially, his views on social solidarity and social order have influenced the functionalist tradition explicitly. In this analysis, especially Durkheim’s views on social division of labor, the rules of sociological method, religion, anomy and suicide are investigated. His functionalist view of society and empiricist methodology are discussed. This analysis is mostly based on the primary resources. In this regard, Durkheim’s main works such as, the Rules of Sociological Method, Suicide, The Elementary Forms of the Religious Life and The Division of Labour in Society are examined.