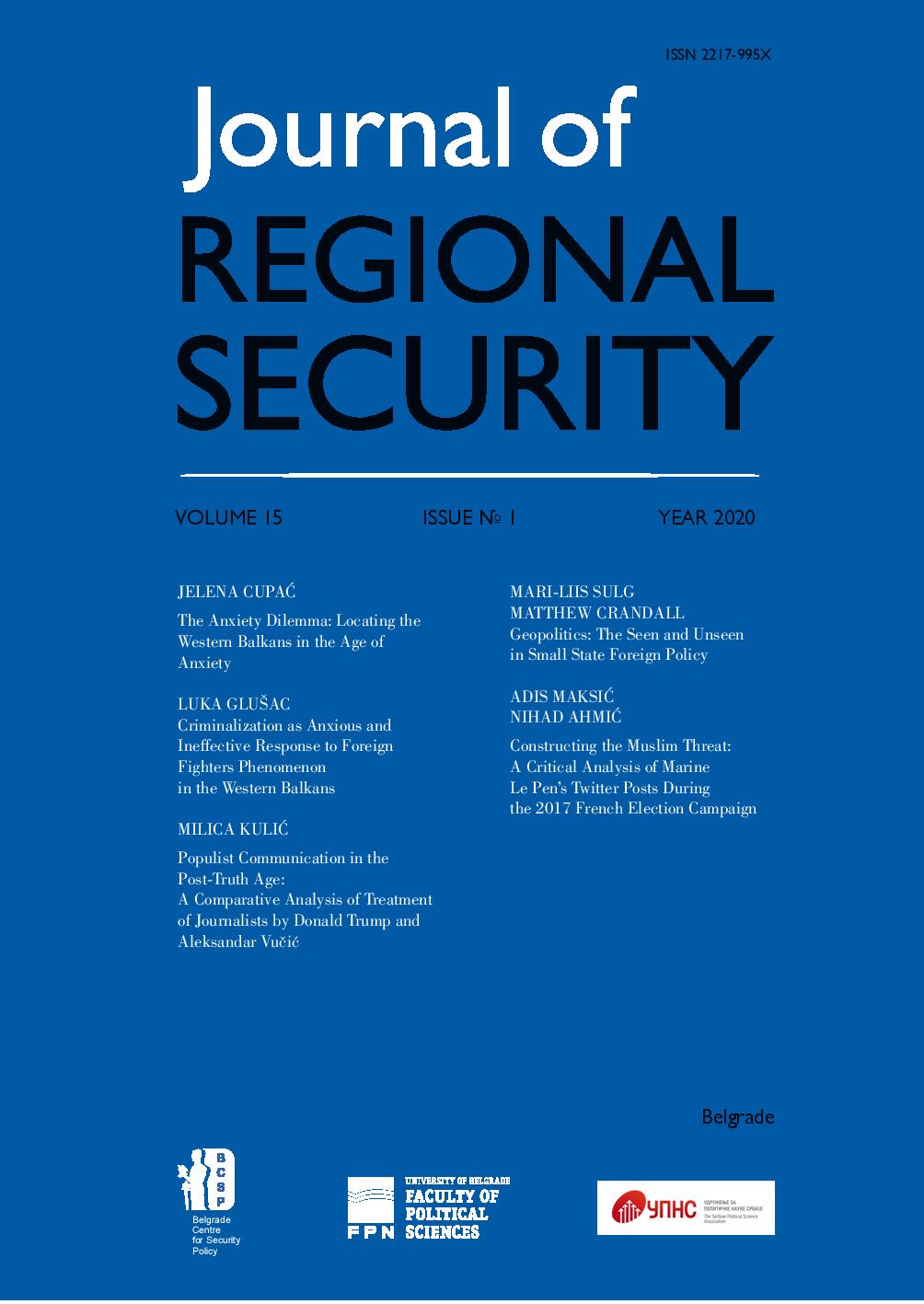 Summary/Abstract: In recent years, the radical right-wing has been gaining ground in international politics. This analysis seeks to advance scholarly understandings of a major theme of right-wing discourse in Europe, the portrayal of Muslims as a threatening ethnoreligious other. It focuses on the Twitter activity of Marine Le Pen, the leader of the French right-wing National Rally (called National Front at the time) and former presidential candidate. Building on original research that extracted hundreds of tweets posted during the 2017 French presidential elections campaign, the study subjects 110 most popular tweets to a critical analysis. It shows that Le Pen’s discourse worked to amplify prejudices and existential fears in ways that could appeal both to the radicals and the mainstream, thus creating demand for a national saviour.