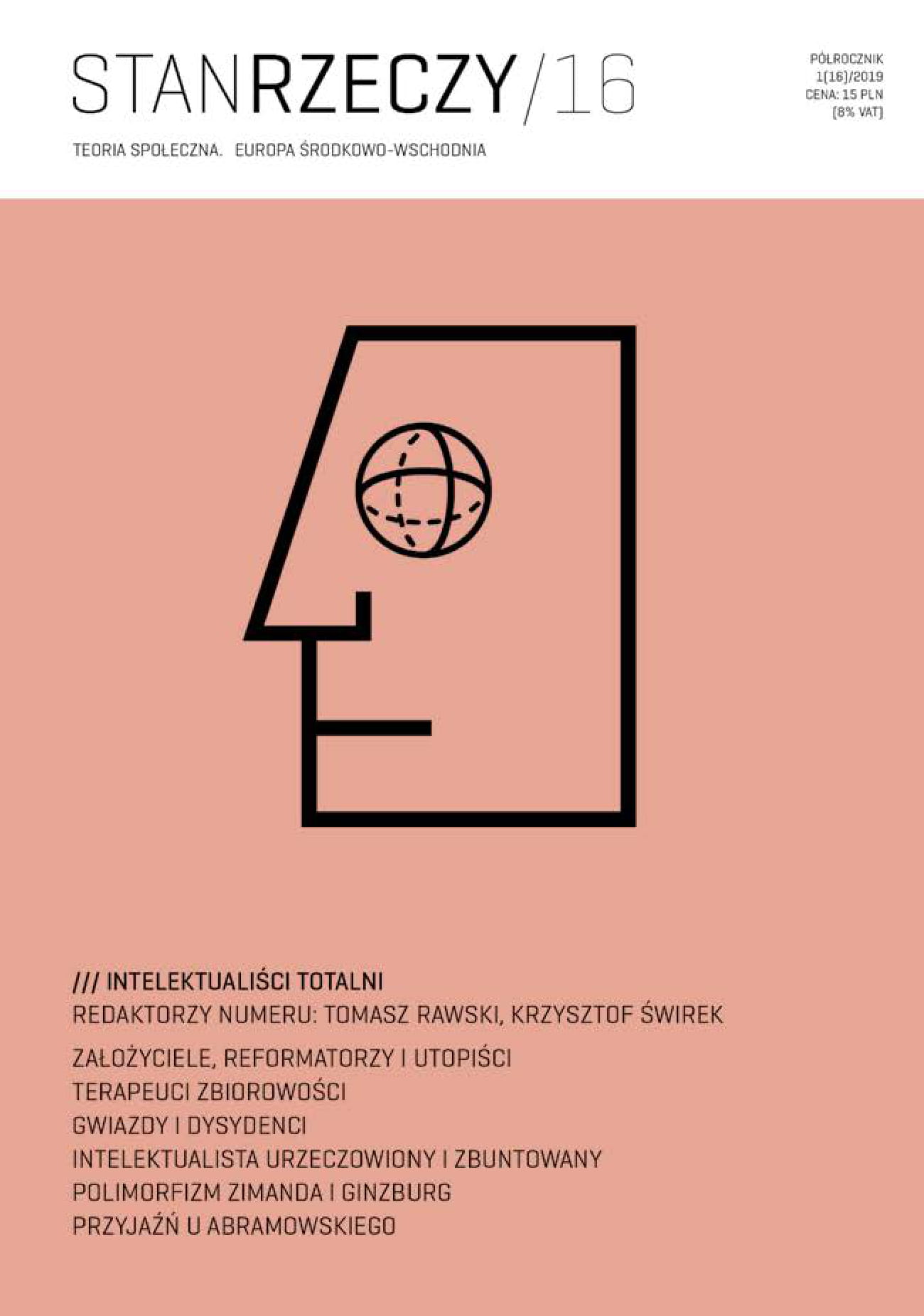 Summary/Abstract: This article is about the journalist, literary researcher, and opposition activist Roman Zimand. The author tries to answer several questions about Zimand’s life and achievements. What were his specific achievements and his approach to academic work? What role did the political context of the Polish People’s Republic play? What was the relationship between Zimand and the academic community in which he operated? To what extent can he be considered a “total intellectual”? The article begins with a brief biographical outline. Then the author focuses on presenting Zimand’s output and the specifics of his approach to academic work. The next part concerns Zimand’s political writing and the combination of his political commitment with his scholarship. Then the author discusses the relations between Zimand, the academic community, and the authorities of the Polish People’s Republic. In the last part of the article, the author considers the possibility of viewing Zimand as a “total intellectual.”