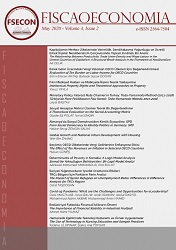 Summary/Abstract: In Germany, the loss of power of the German Social Democratic Party (SPD) after 2000's is discussed. There are approaches that explain the crisis of social democracy in Germany, within the context of the SPD, as the party became a status quo in the field of economy, alienated from Marxist programs and harmonized with neo-liberalism. Christian Democratic Union presented Christian Democratic Union (CDU/CSU) with the issue of dual citizenship instead of socioeconomic promises as a coalition requirement after 2013. “Social Democratic Party evolved into identity based party” idea will be put forward in the study considering the factors mentioned above. The thesis of the study that Christian Democratic Union policies alienated social democrats from the party will be discussed and analyzed by party discourse and voting rates.