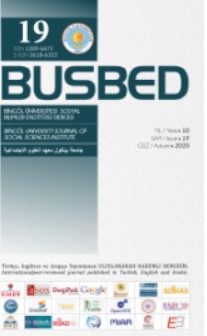 Summary/Abstract: Ahmet Arif is one of the most important poets of Diyarbakır. He has given works in a socialist realistic line and has reflected his emotions into his works with an artistic sensation. He mostly concerns with infrastructural, oppressed and exploited peoples and the difficulties of living in the Eastern part of Turkey. He is one of the most important Marxist poets in Turkey. The most important aspect that distinguishes Ahmet Arif from the other Marxists is his focus on village life and mountain life instead of tending to city life. Ahmet Arif, son of a civil servant, describes the people and his sights in his poems, but reflects this reality in a unique and aesthetic way with unusual interlocks, local expressions and melodic lines of the East. This Marxist and aesthetic aspect makes the poet my subject matter.