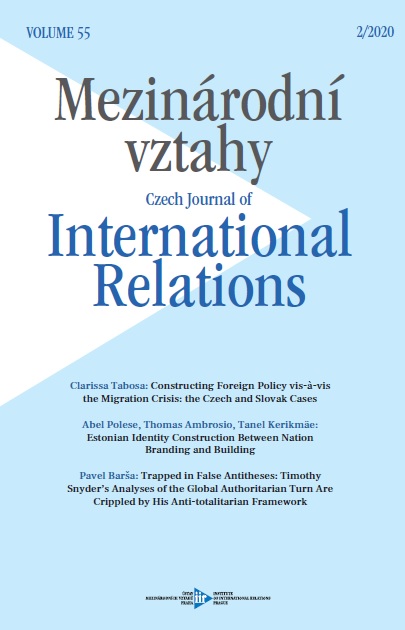 A Discussion Article on the topic of Timothy Snyder’s book The Road to Unfreedom. Russia, Europe, America

Summary/Abstract: This paper critically scrutinizes Timothy Snyder’s book The Road to Unfreedom. Russia,Europe, America (The Bodley Head, Vintage, London 2018). It claims that the main reason for his failure to present a convincing account of the current neo-nationalist and authoritarian turn and outlinean adequate intellectual and political response to it is his clinging to an anti-totalitarian Framework which he had applied to Eastern Europe in some of his previous historical works (Snyder 2003, 2010). The framework reduces three main ideological alternatives that fought with each other in the last century into two: liberalism was supposedly challenged by totalitarianism. Since Snyder reduces the present crisis to the threat of the return of totalitarianism, he sees an appropriate response in the revival of the human and civic solidarity associated with the anti-totalitarian movements of the last century. The essay outlines an alternative view: it links the present crisis of democracy to the ravaging effects of neo-liberal globalization and, accordingly, suggests combining anti-authoritarianism with anti-capitalism – or human and civic solidarity with social solidarity.